New York wedding: a ceremony in the USA

What a wedding. Or rather: seven weddings!

I’m really used to a lot when I’m on the road with my best friend and favorite colleague, Trautante as a speaker for weddings. I’m biased, but I have to admit: she does the most extraordinary and beautiful wedding ceremonies I’ve experienced so far as a wedding photographer. And I still say that after nearly 100 wedding ceremonies with Friederike.

It is simply wonderful to always be able to rely on her and her wedding ceremonies. And it’s no matter if the wedding is in Germany or an elopement in the anywhere in the world, like here in New York. But this one was even for her an extraordinary ceremony, or as I said – seven weddings. 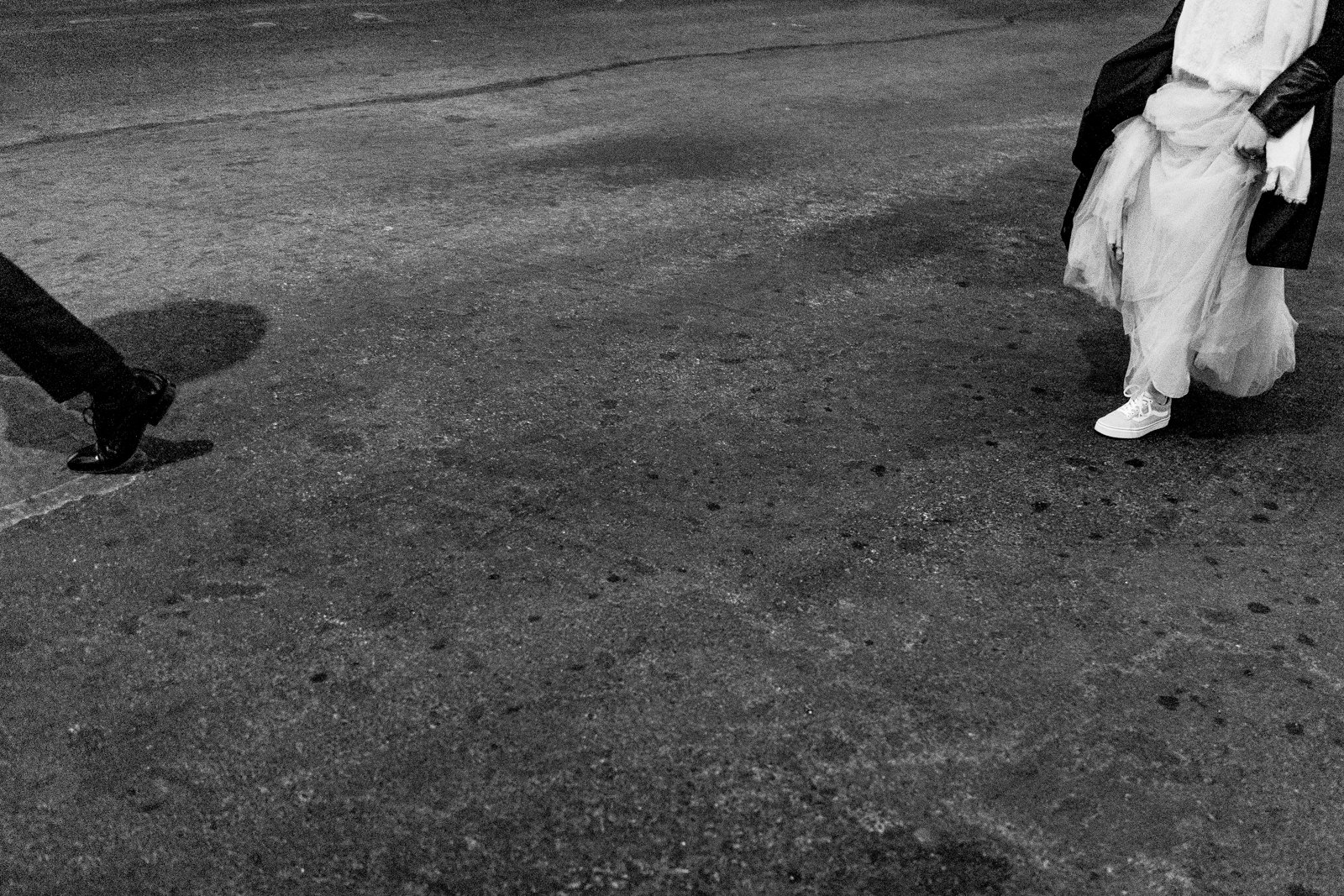 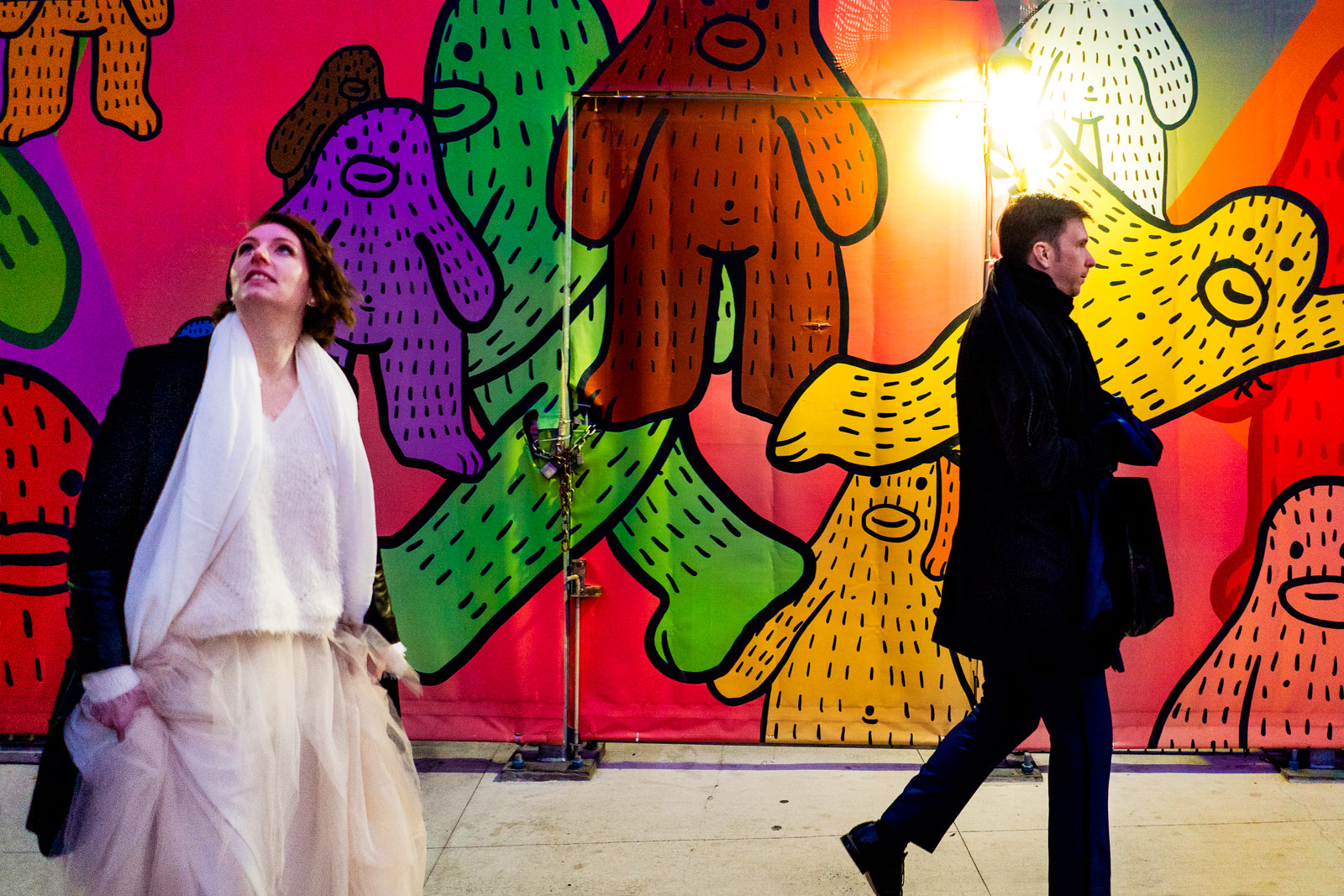 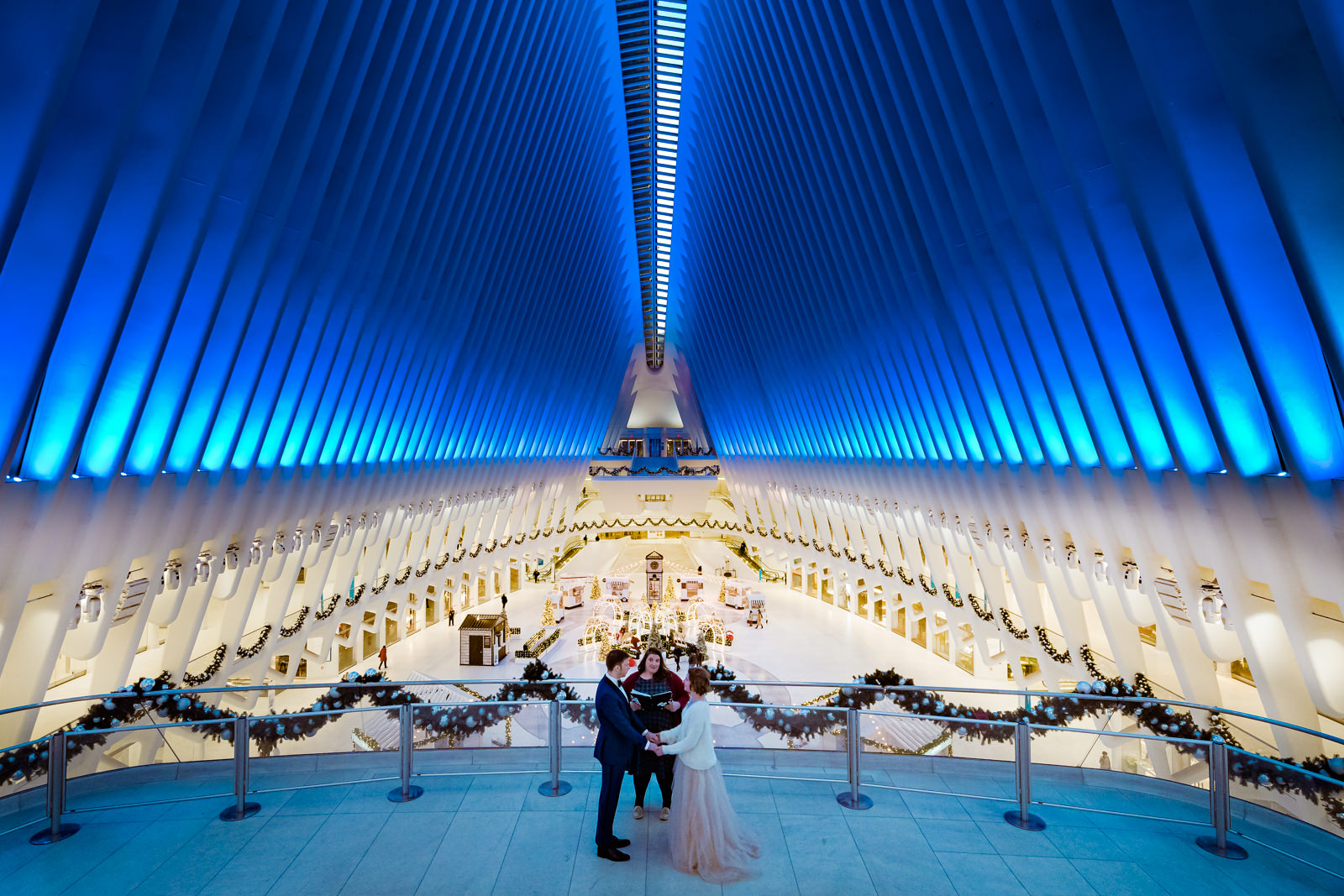 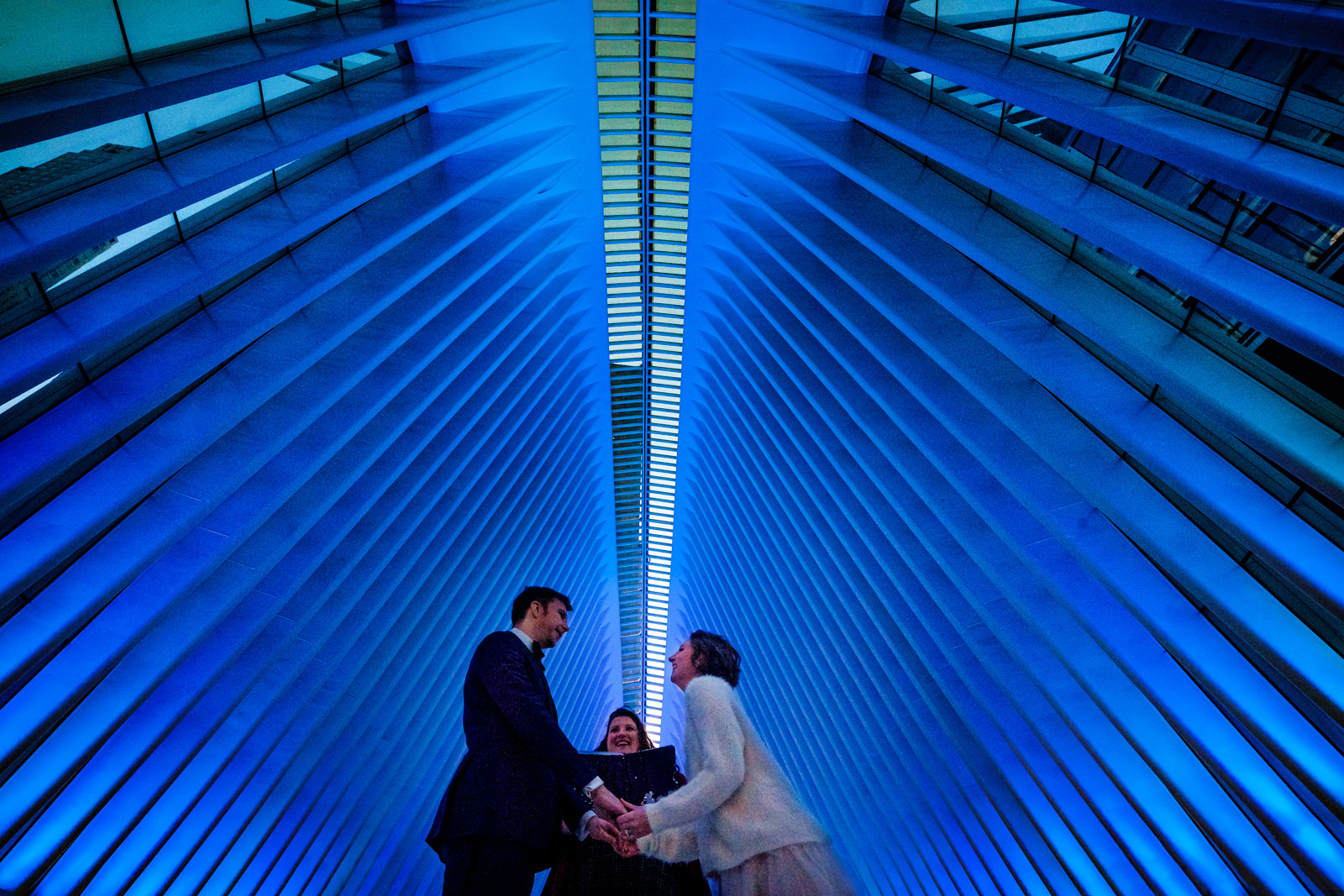 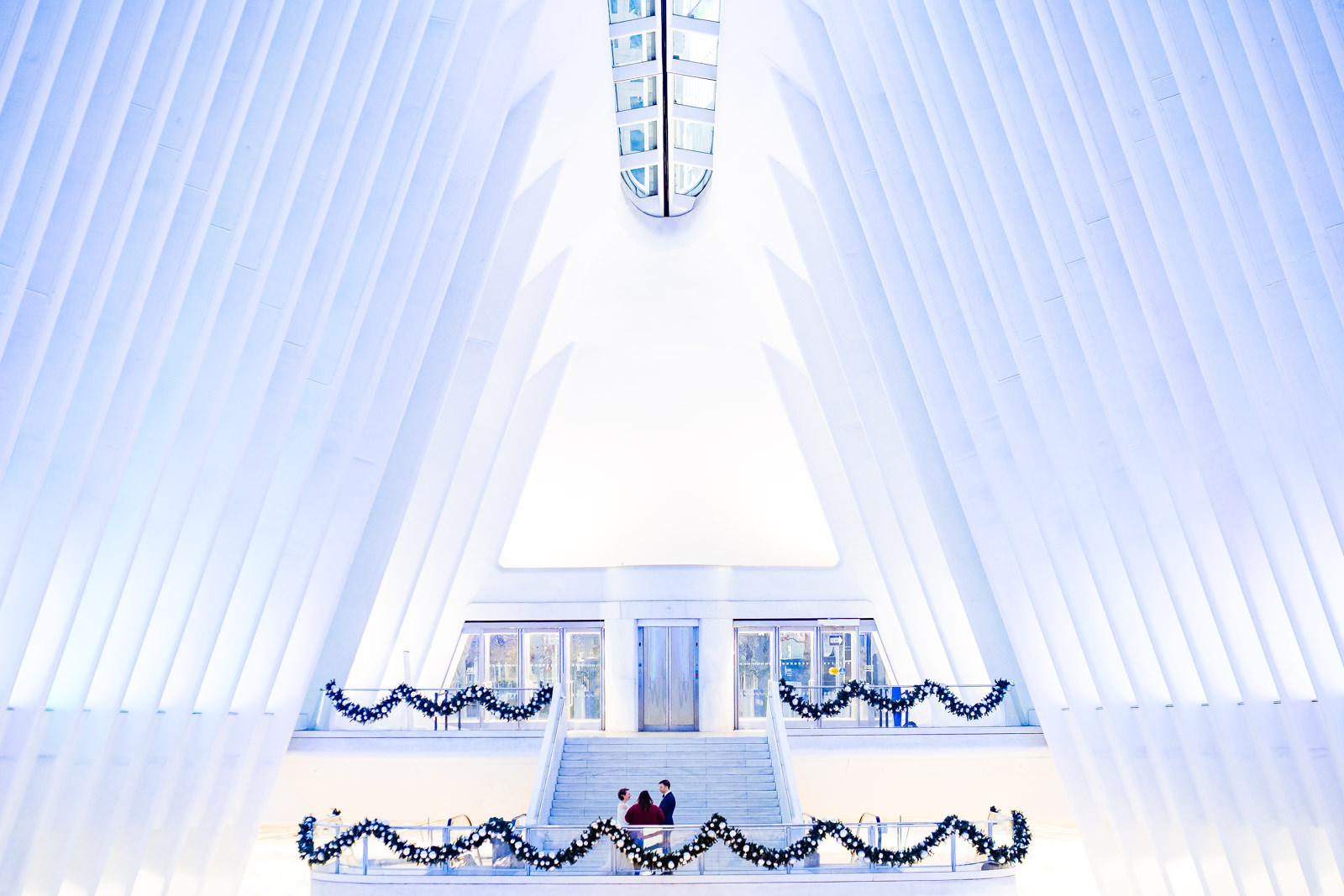 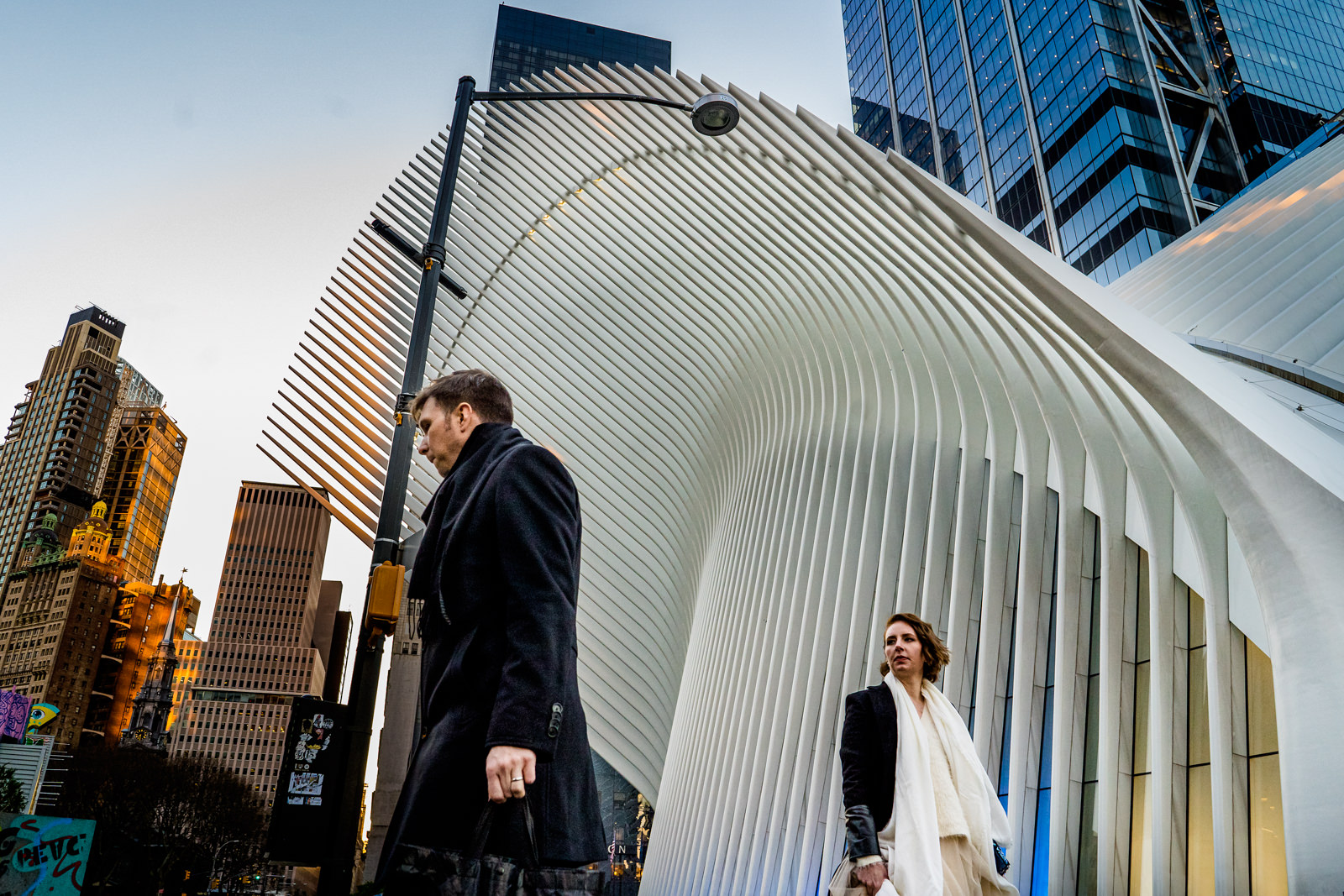 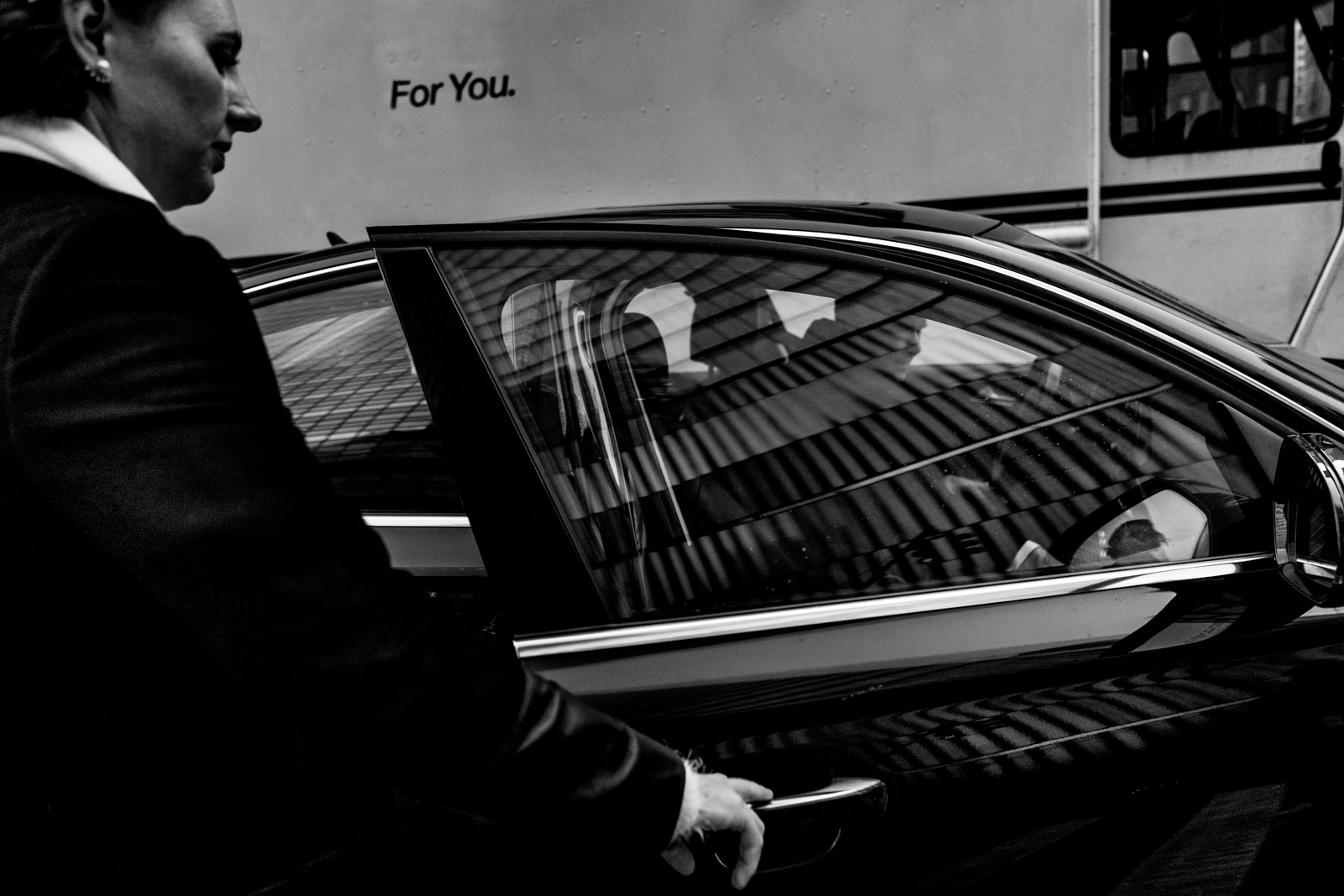 And so we met on Christmas morning at 5am in the middle of then amazingly sleepy New York to get them hitched with wedding ceremony. Laura and Eric had decided to let Friederike and me surprise them with the day, but I bet they didn’t expect THAT for their elopement in New York. 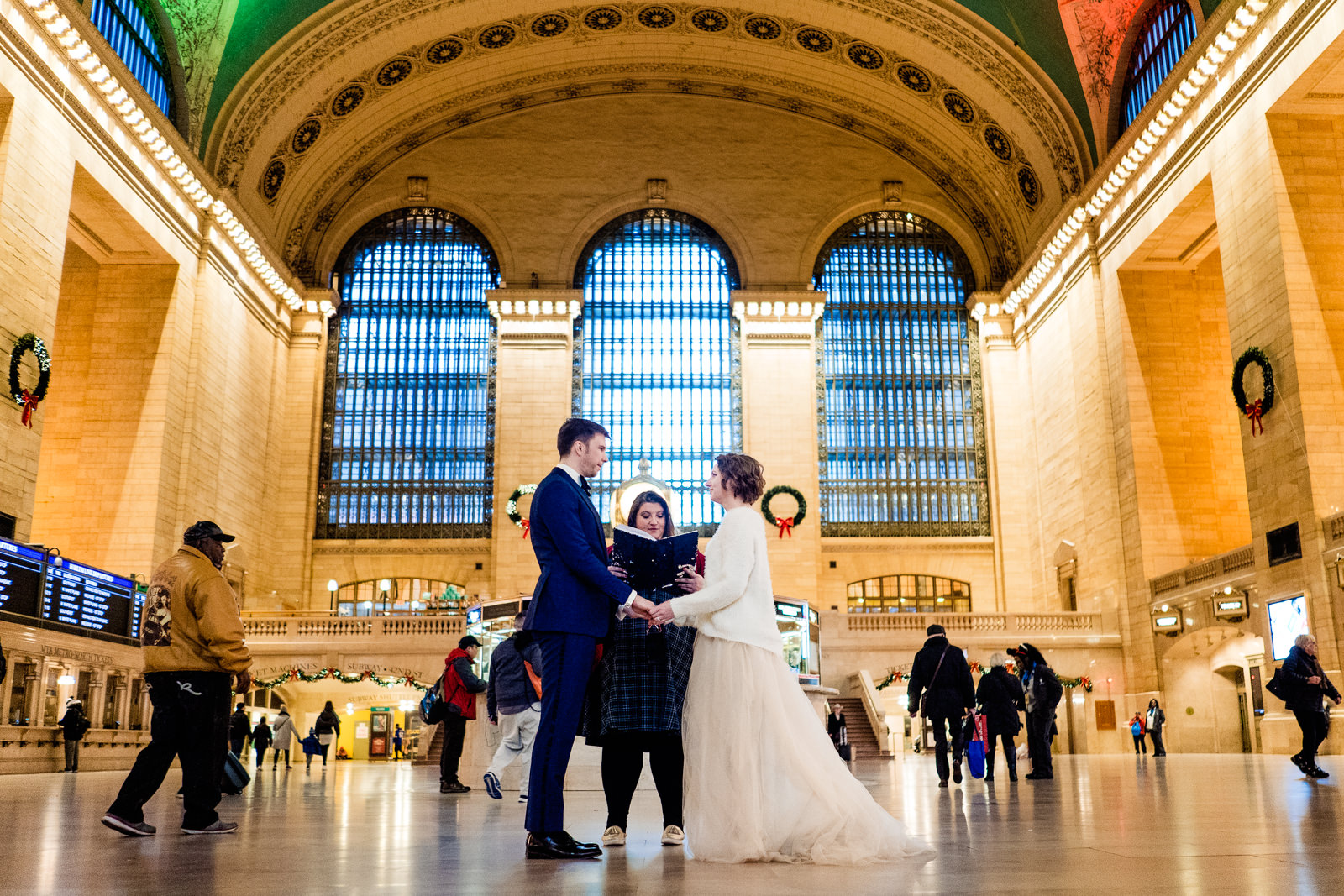 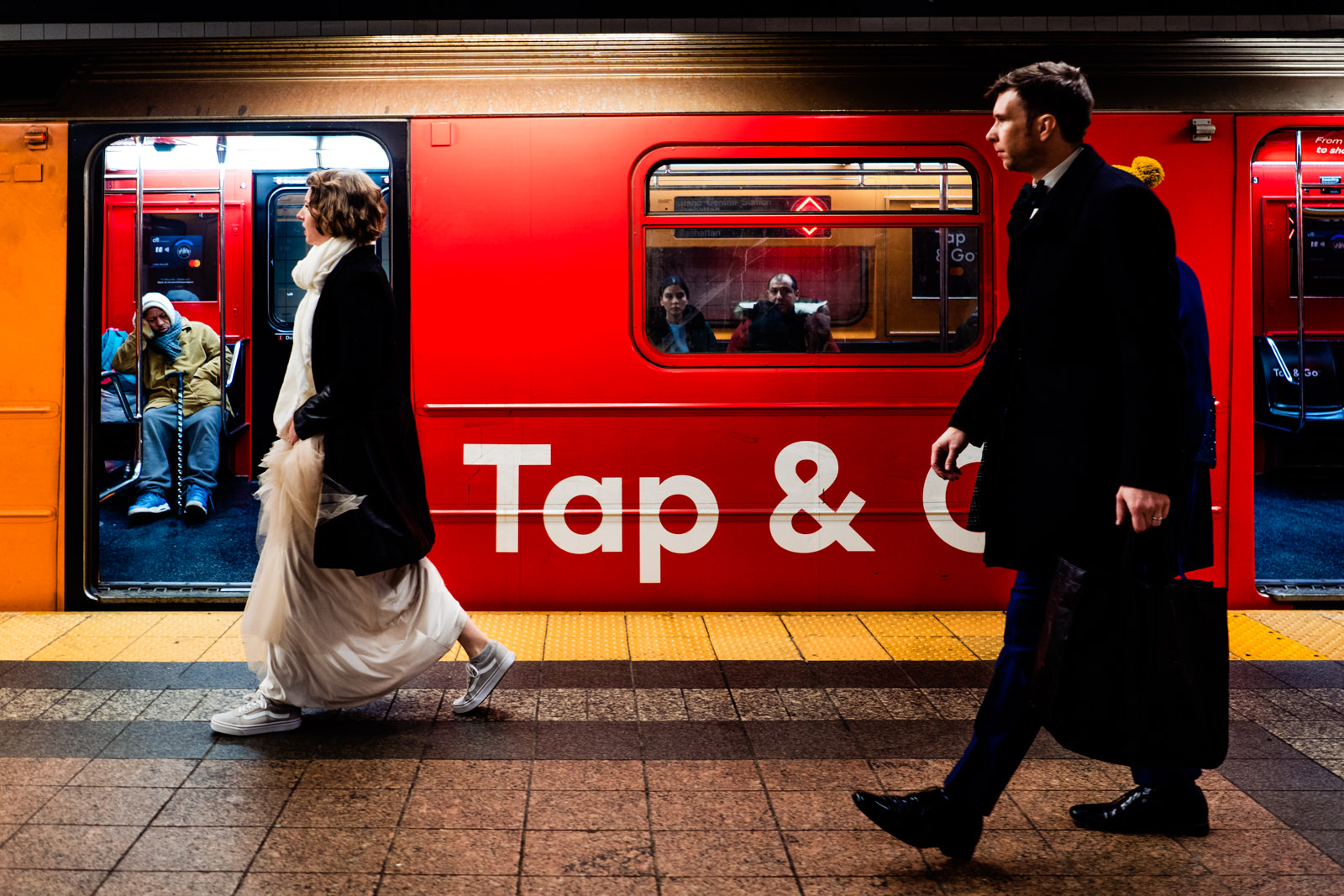 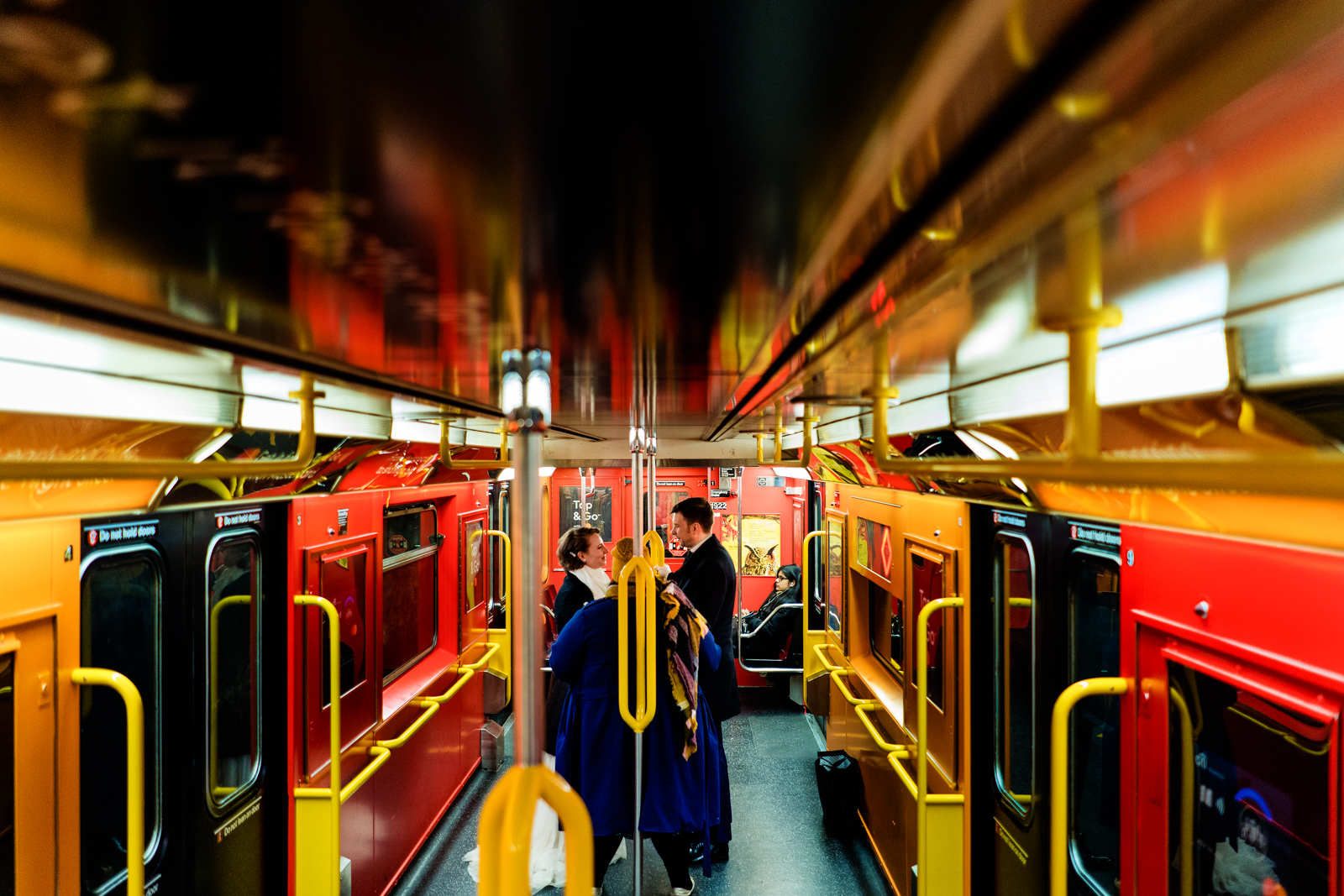 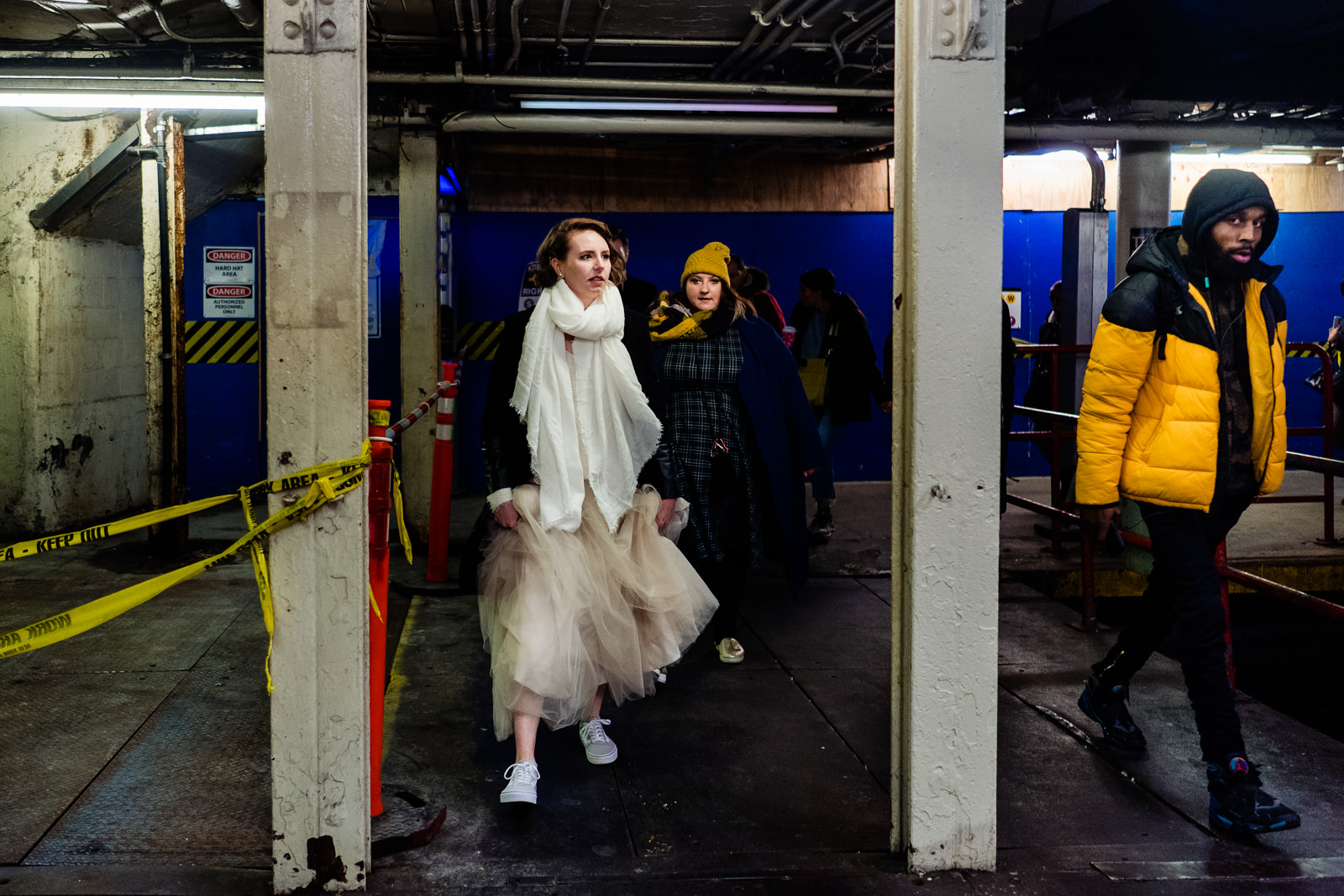 Ceremony at the wedding in New York

Because Friederike just couldn’t decide among all the cool places in New York where the wedding ceremony should take place. And so the four of us went on a city tour to the coolest places for a wedding ceremony and thus founded a new club for Laura and Eric: the seven-weddings-in-a-day club.

Because: in Germany at their first wedding ceremony Friederike had accepted the wedding couple into the marriage club. So also at the Elopement in New York again a special club had to come, that’s clear.

So – Trautante had divided the wedding ceremony into seven parts and we drove diligently from A to B from one typical, cool New York location to the next. And let me tell you, it was exhausting, beautiful and really special. From the train station at Ground Zero with its impressive architecture, to Grand Central Station and the Metro, you could tell from the first picture I shot as a wedding photographer in New York where these great wedding ceremony(s) were taking place during the elopement. 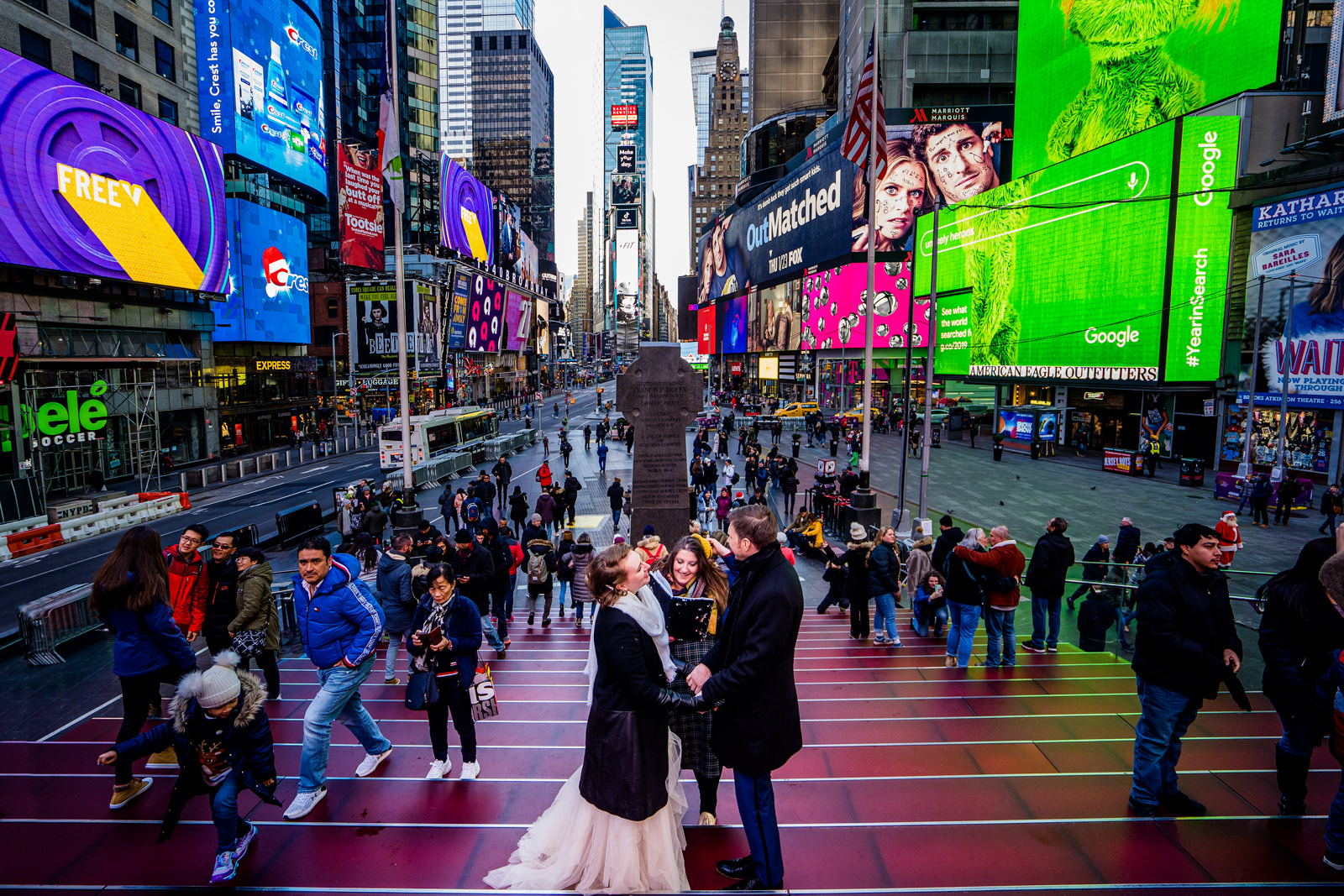 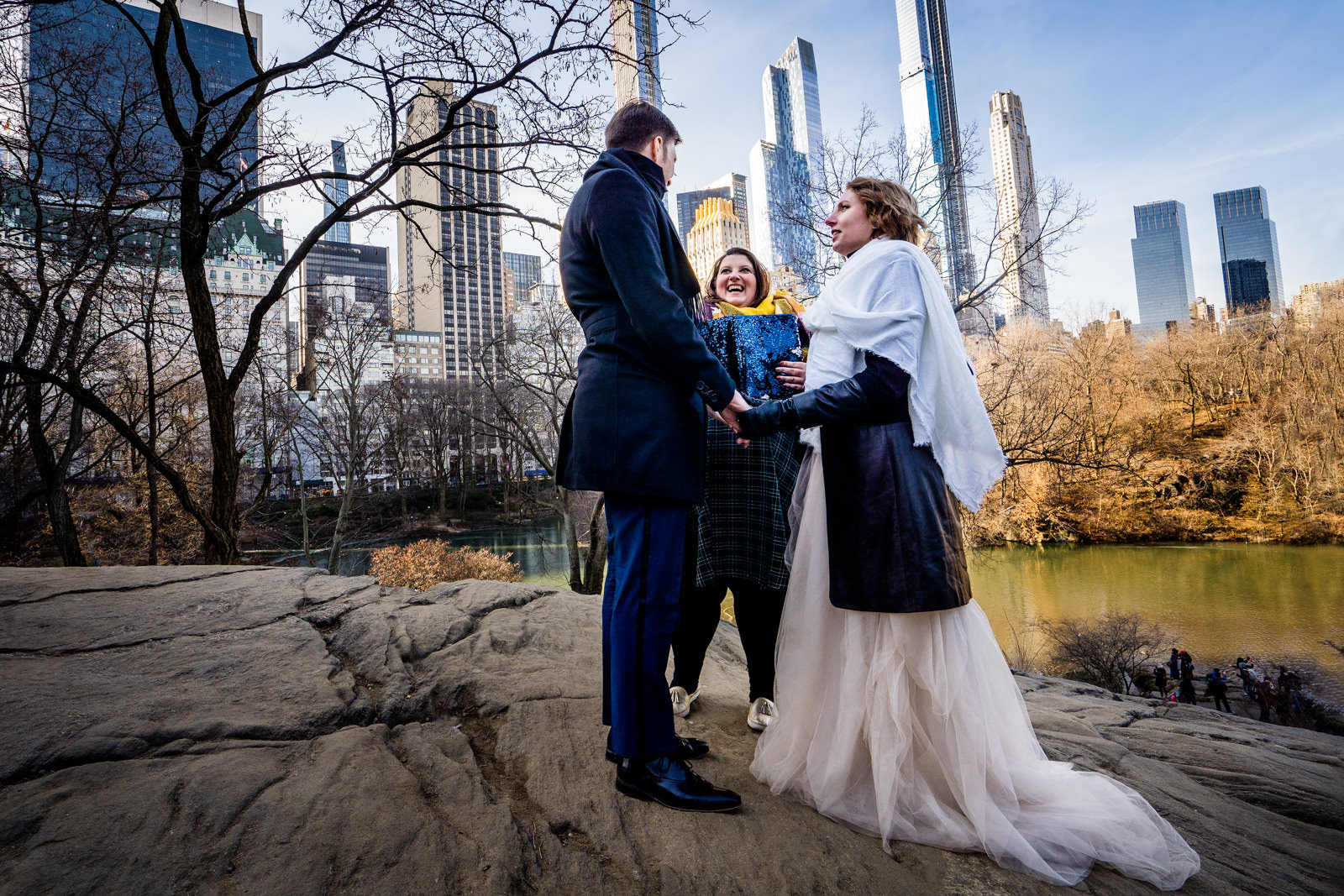 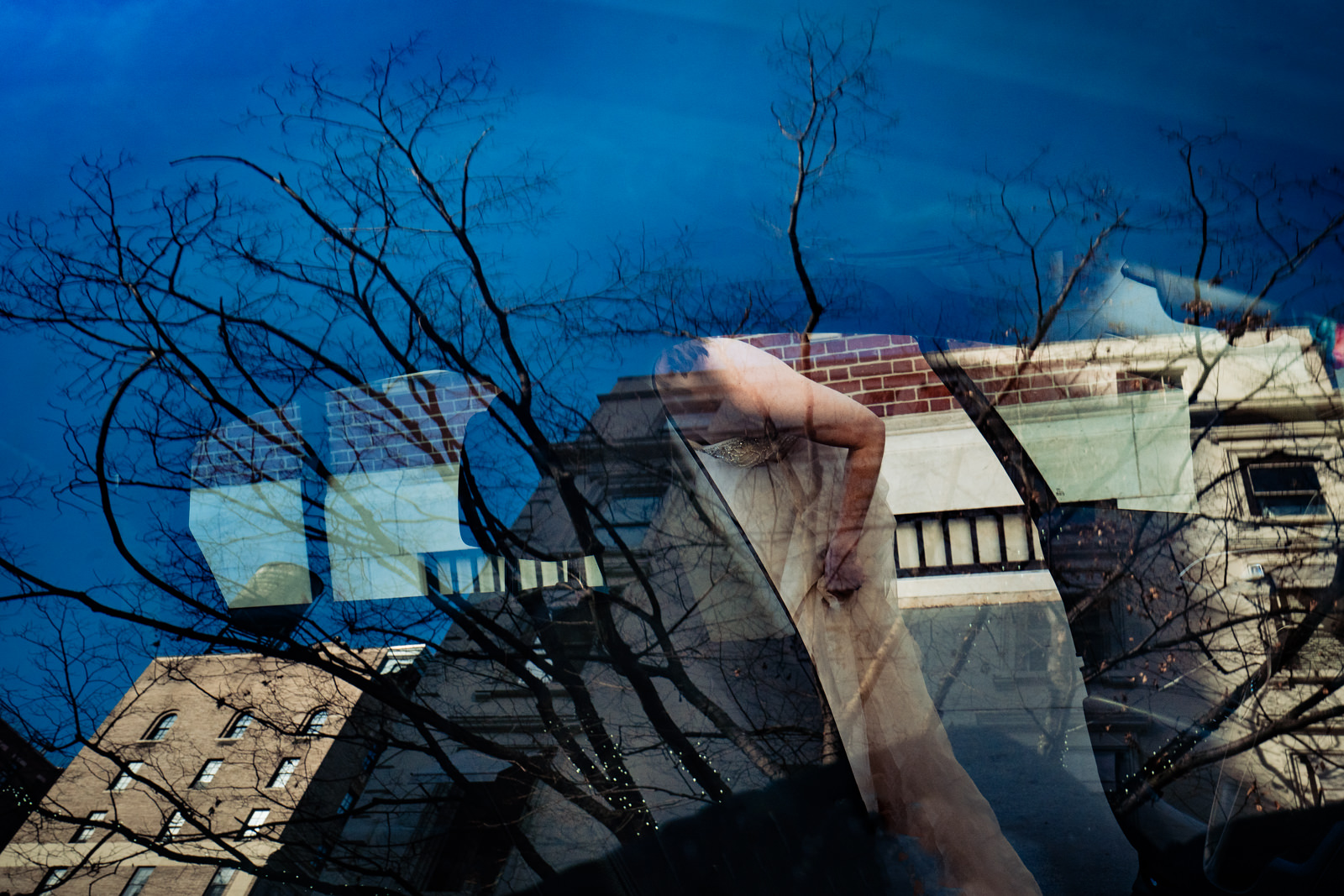 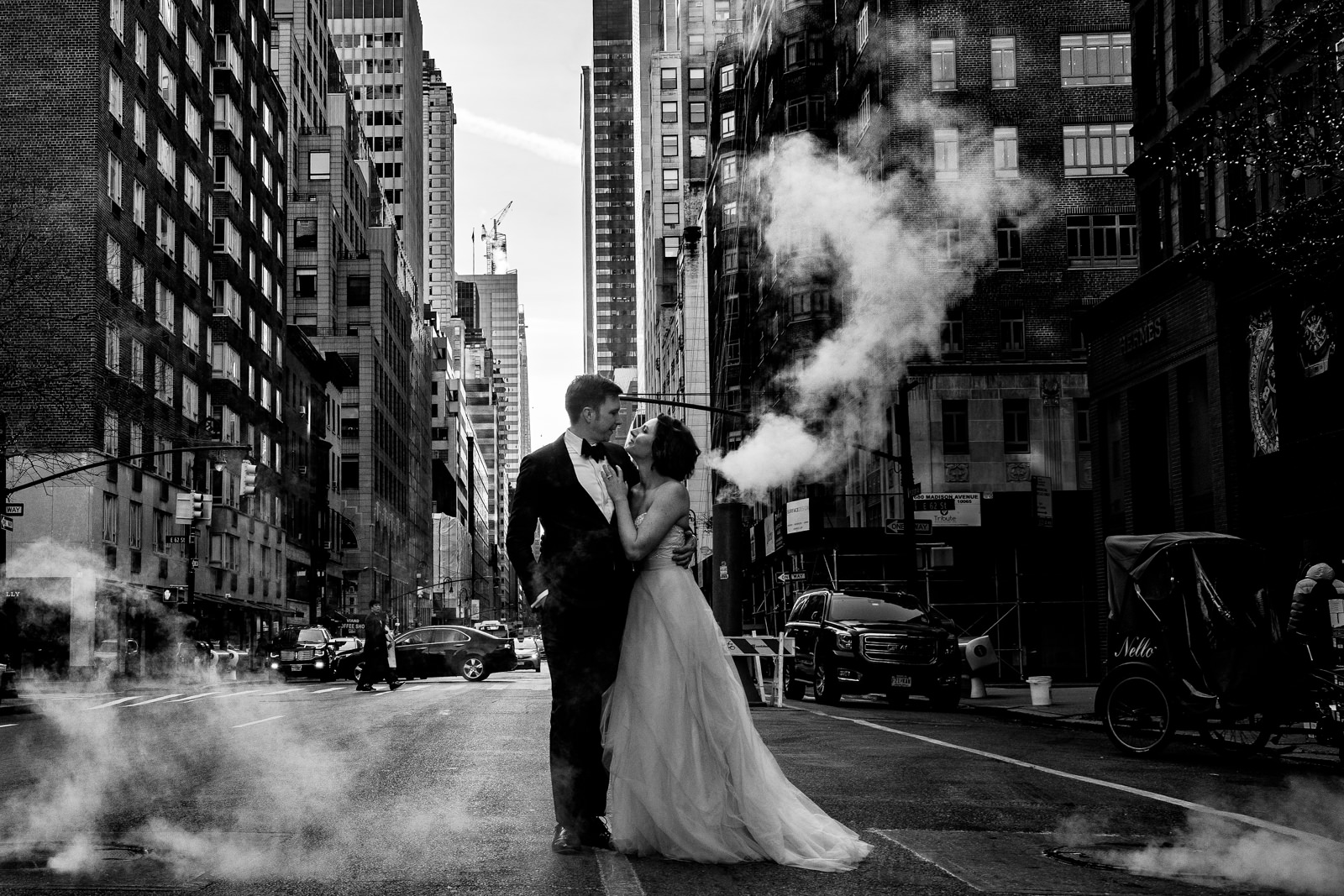 On the steps at the Times Square, Laura and Eric were smiling so much, which of course could also be due to the New York Cheesecake they had just eaten. But no, I’m sure they had, just like Friederike and me, the fun of their lives at their seven wedding ceremonies in New York. And all this on Christmas morning…

After New York’s Central Park, where we daredevilly climbed on some rock, we ended up on the other side of the East River for a terrific view of the New York skyline at this elopement. Yes, I accidentally climbed a lamppost for even more view and then stood two meters above Friederike and the wedding couple, but hey, I do almost everything as a wedding photographer for terrific photos! 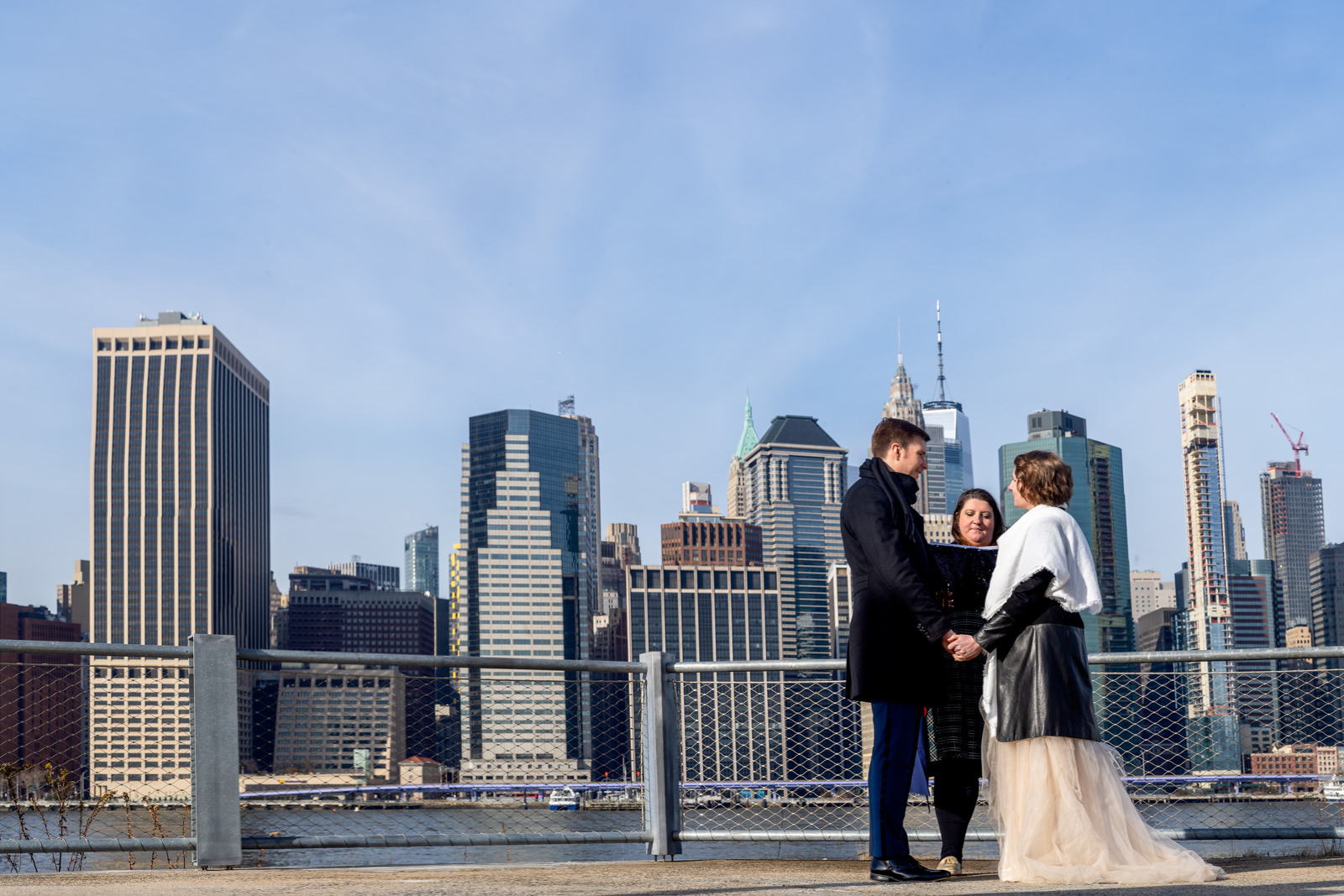 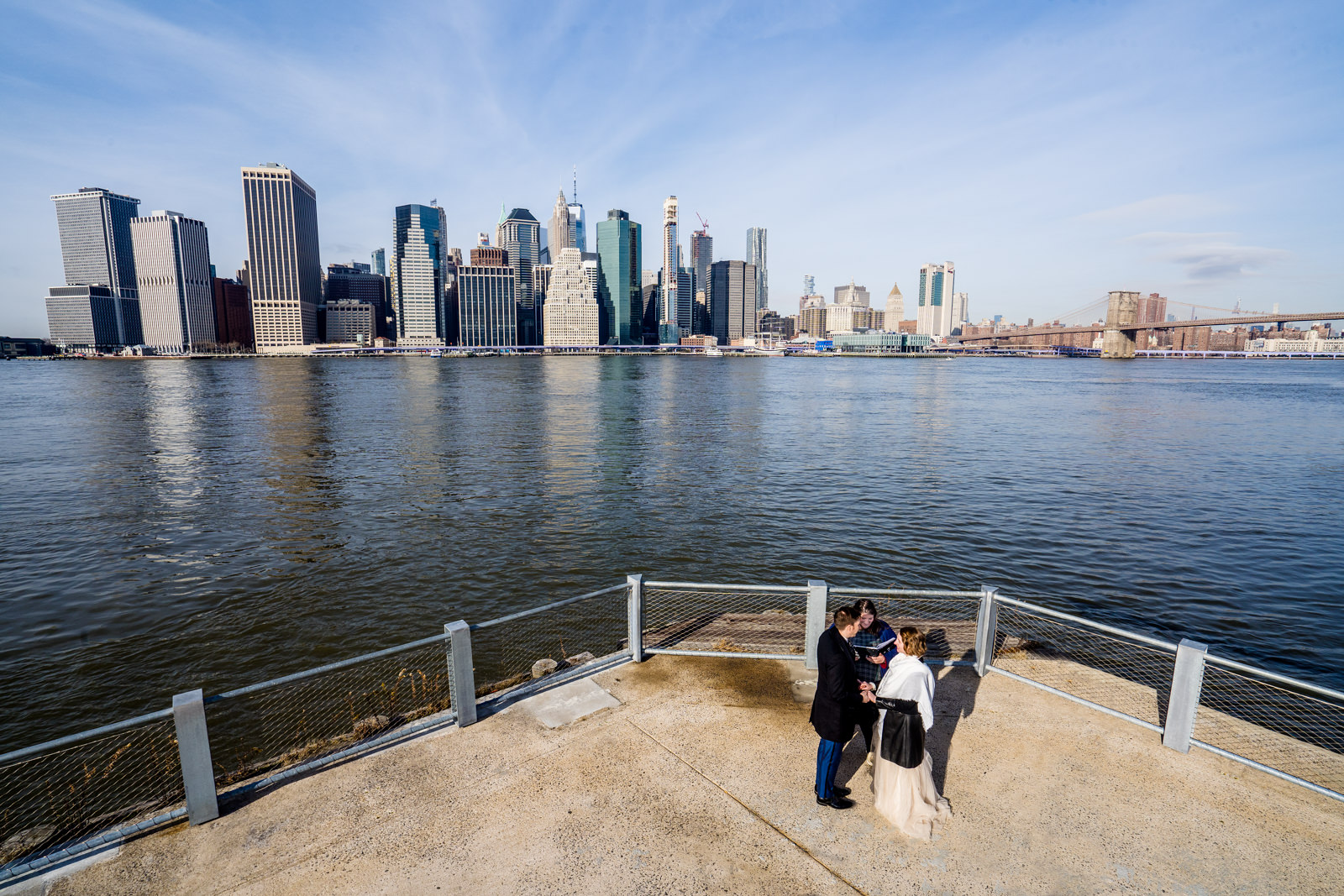 Elopement at Christmas at the Empire State Building

We even waited in the enormously long queue of the Empire State Building to finally capture Laura’s and Eric’s first kiss after saying „I do“ at their wedding renewal ceremony in New York at sunset. 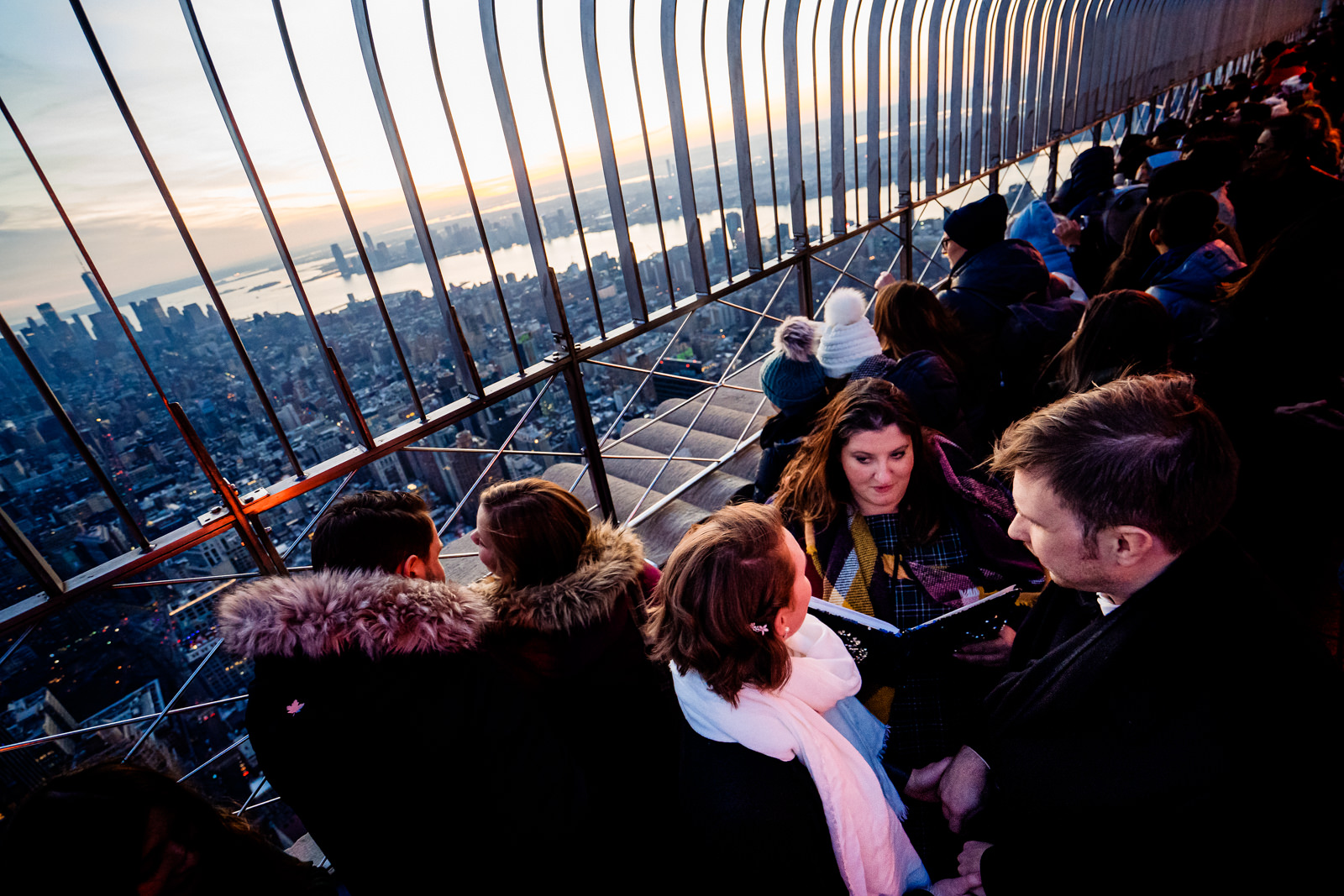 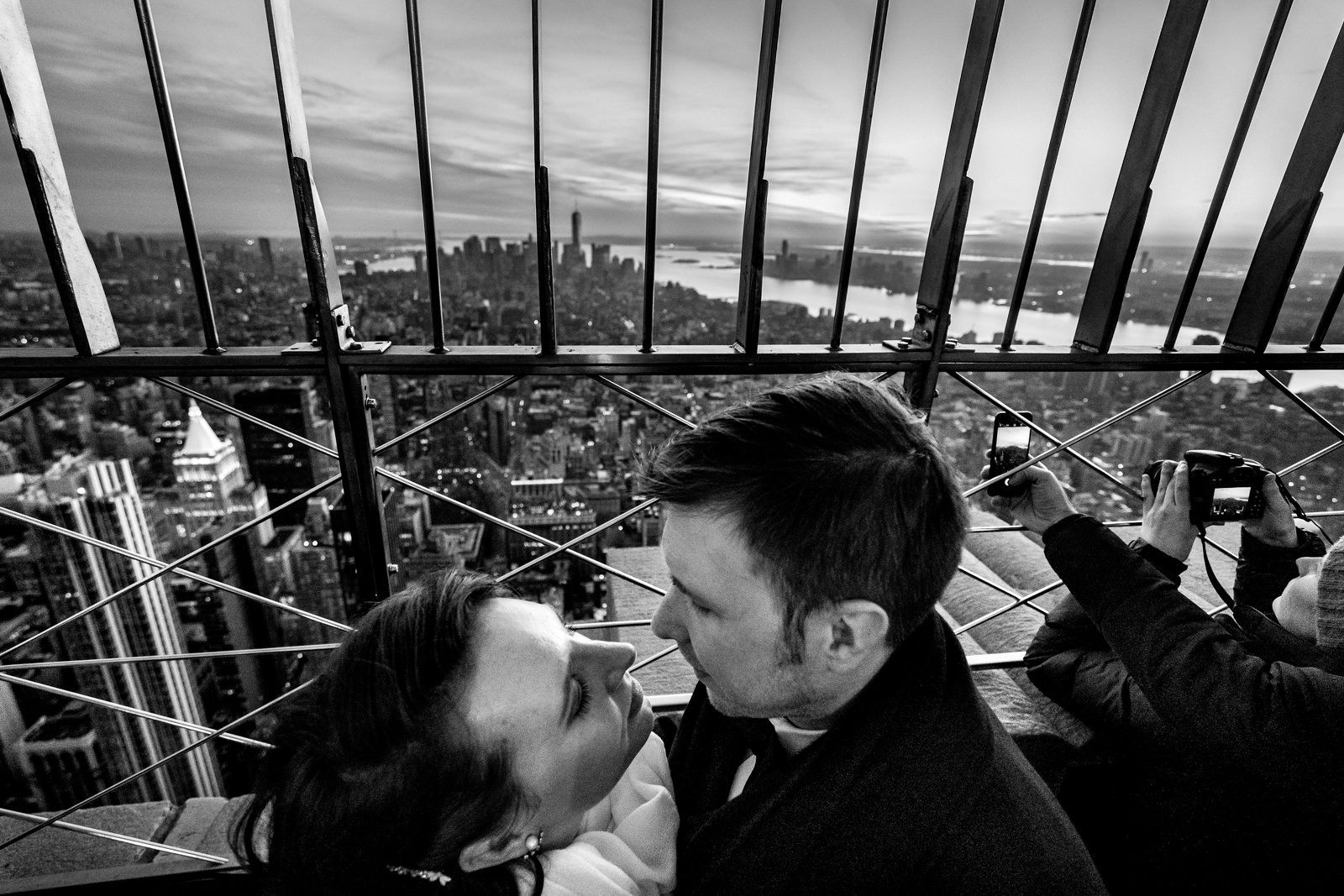