Sometimes I am asked: “Steven, which one was your craziest wedding?” And for quite some time my answer is always the same. “The ‘Star Wars’ wedding under a graffiti underpass in Wiesbaden” – What the f…

Well: Kerstin and Christian married already 3 months ago and were super happy. Actually. Only the ceremony could have been more “cooler” … So to say, the icing on their perfect wedding on top – a little less for the guests and only for the two of them. That is why they decided, to do another reaffirmation ceremony with the Trautante on a Sunday evening in late September .

For those of you who don’t know what reaffirmation ceremonies are, you totally missed out something (watch out, Steven is dropping again some insider tips!). They are only about one thing: the bride and groom and all crazy and special things, that are buzzing around in their heads. And thats why I was with Kerstin und Christian, I Kerstin and Christian in their small “Star Wars”-was allowed to accompany wedding.

And it was absoluty insane. Kerstin and Christian danced and partied around with the smoking bombs from the very beginning – so funny. The sun set further and further so we went to the ceremony location. Every year the graffiti-bridge is sprayed at the “Meeting Of Styles” by the world’s best graffiti artists. And that bridge as a backdrop for a ceremony? that’s amazeballs!

With all the laser swords and masks real movie-feeling came up and the funny ceremony was perfect for the couple. A real “Star Wars”- wedding. Of course we didn’t miss out some confetti cannons . For me, it was an afternoon filled with fun and surprises. That’s why I love my job so much. Even if all of my couples do the same thing, marrying, all of my more than 80 weddings (dated in 2017) were totally different and super unique. That’s because everyone has their own and special character, which make their wedding so individual.

And that was the chapter “Star Wars”-Wedding. May be the love be with you, Kerstin and Christian! 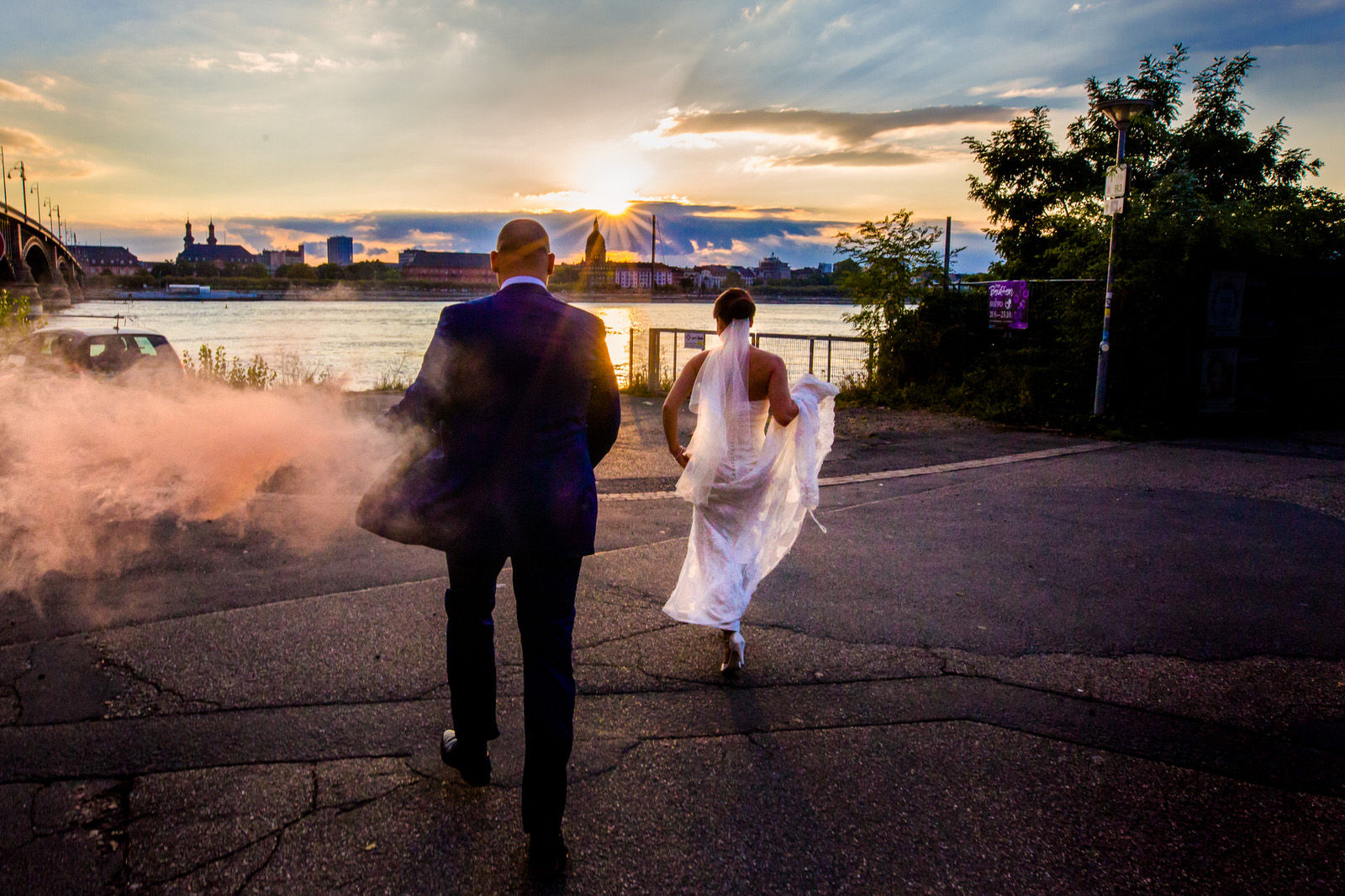 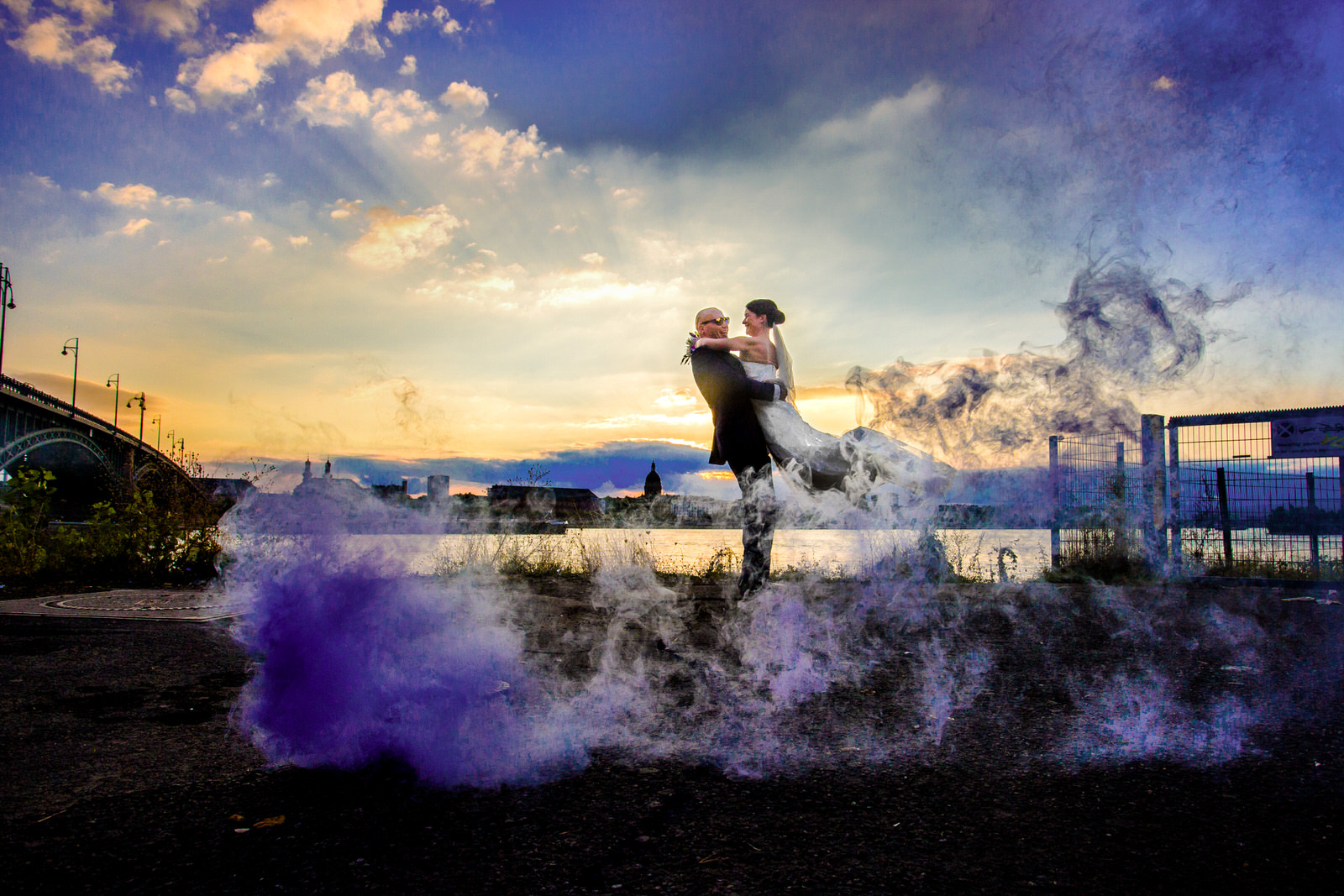 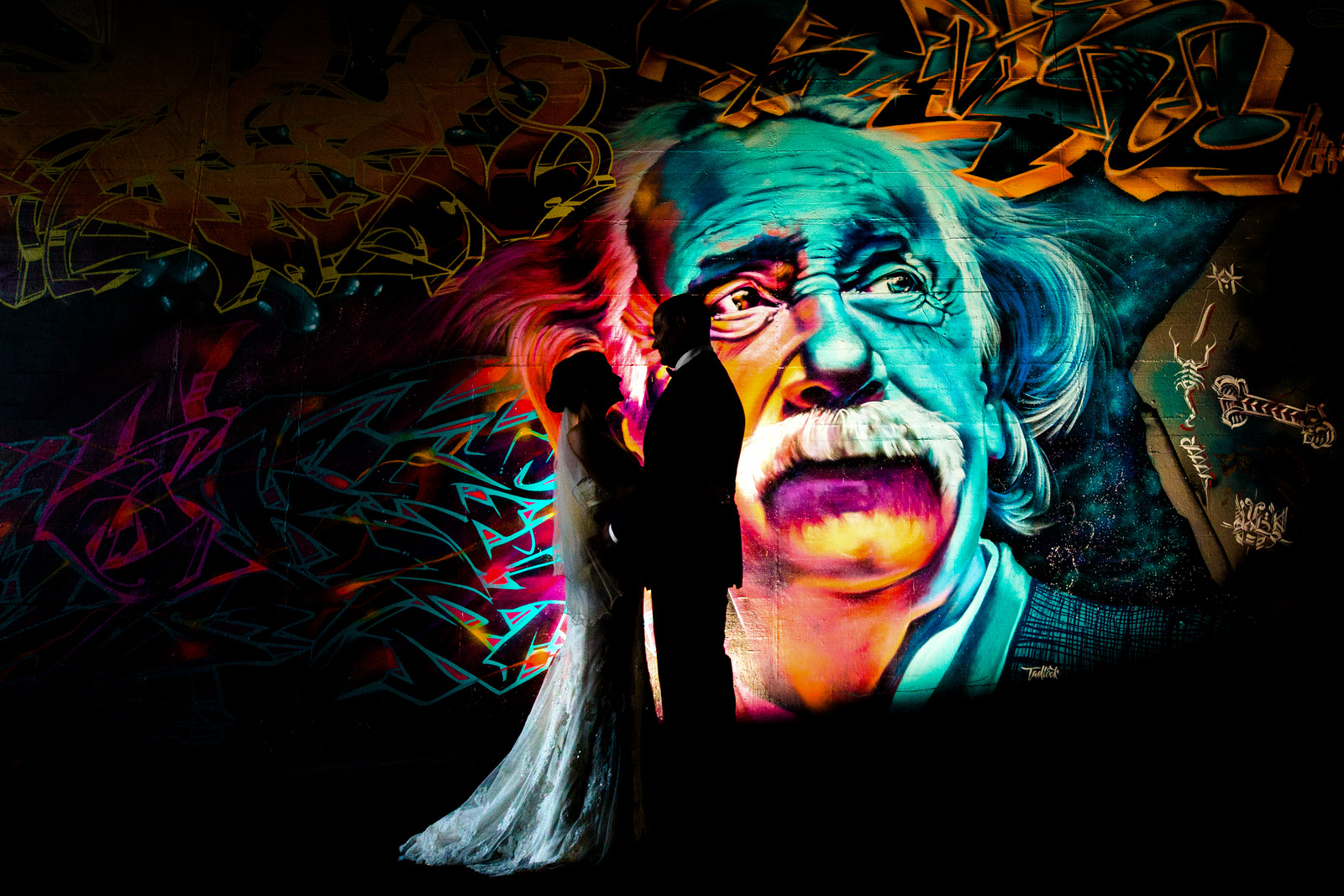 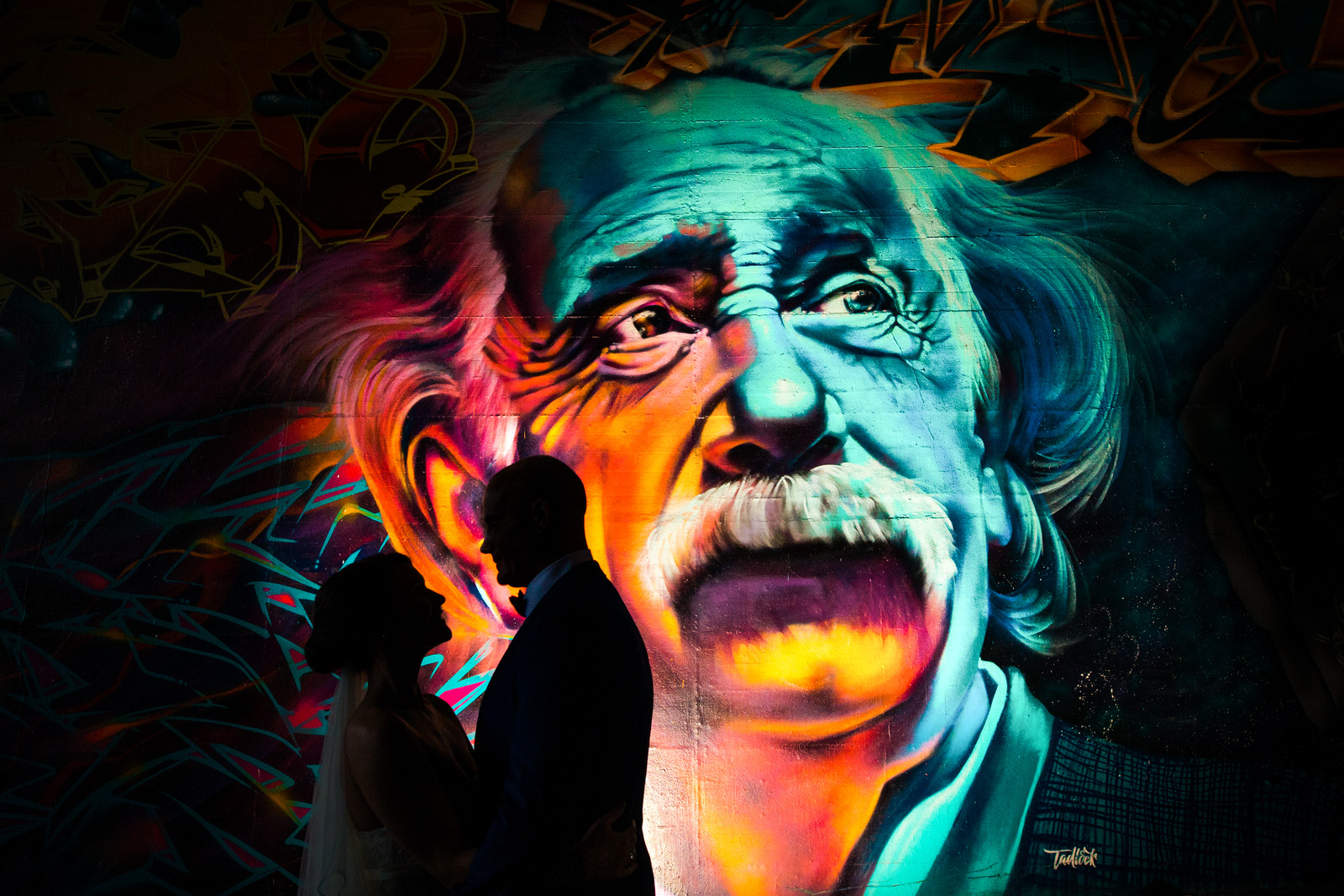 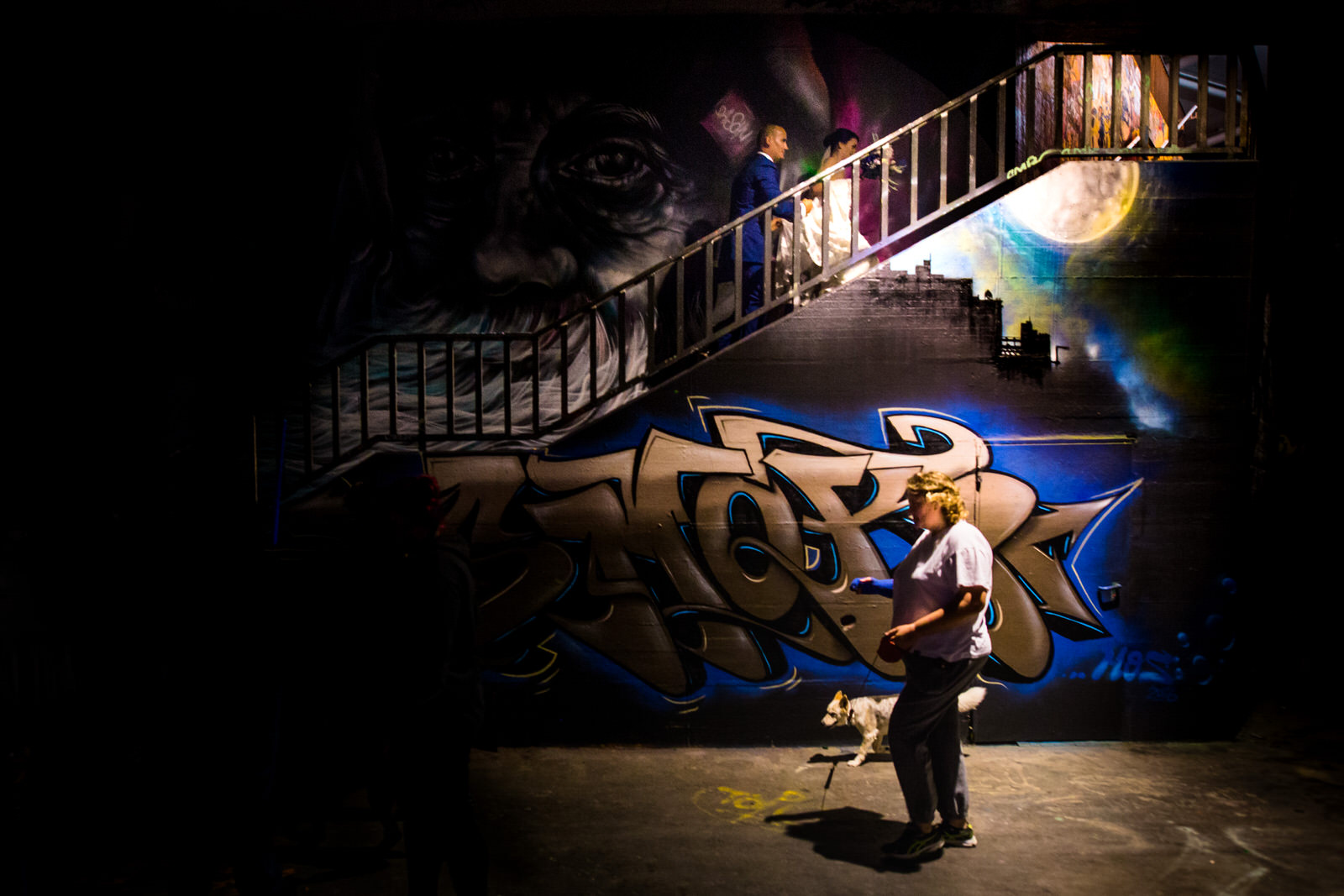 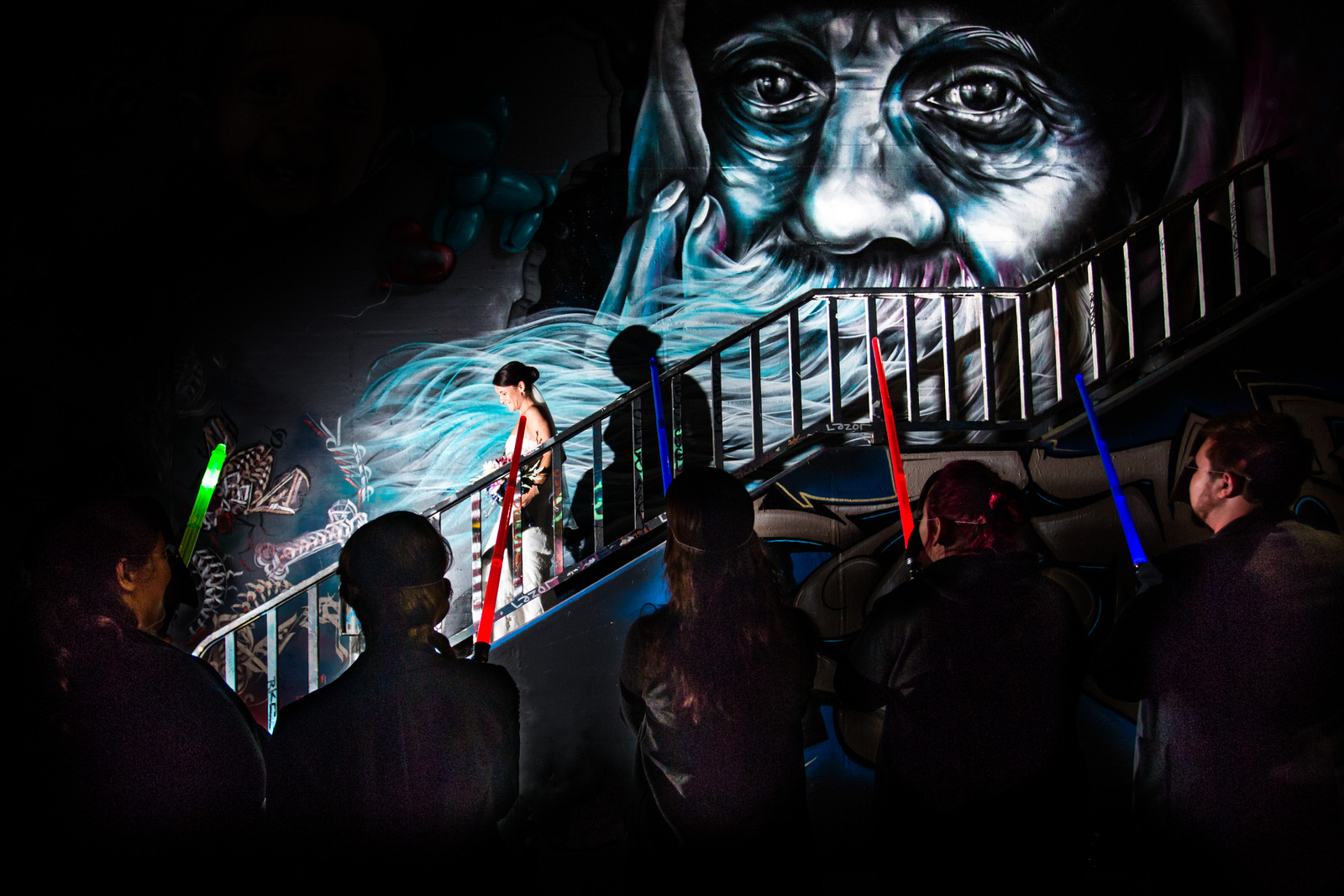 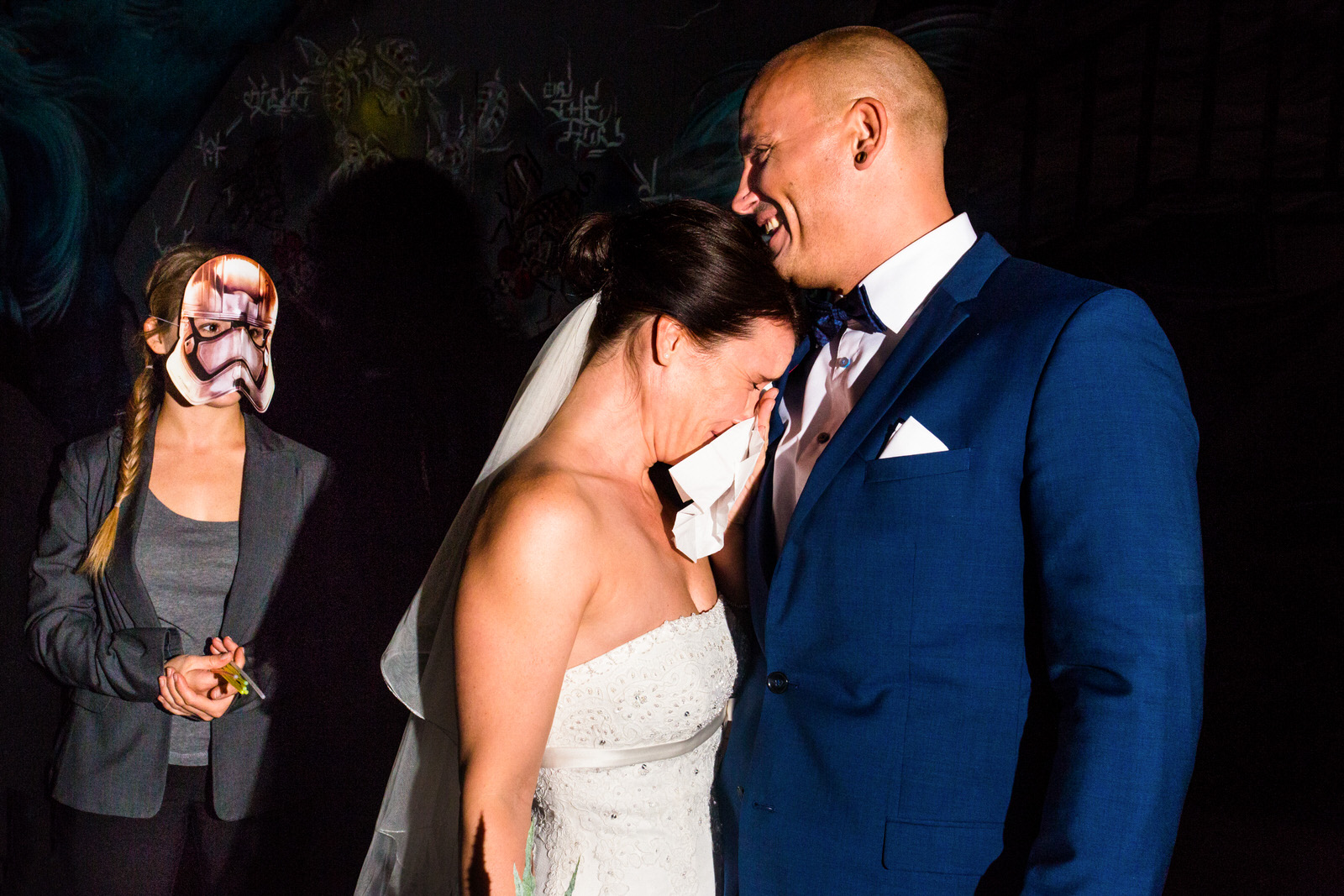 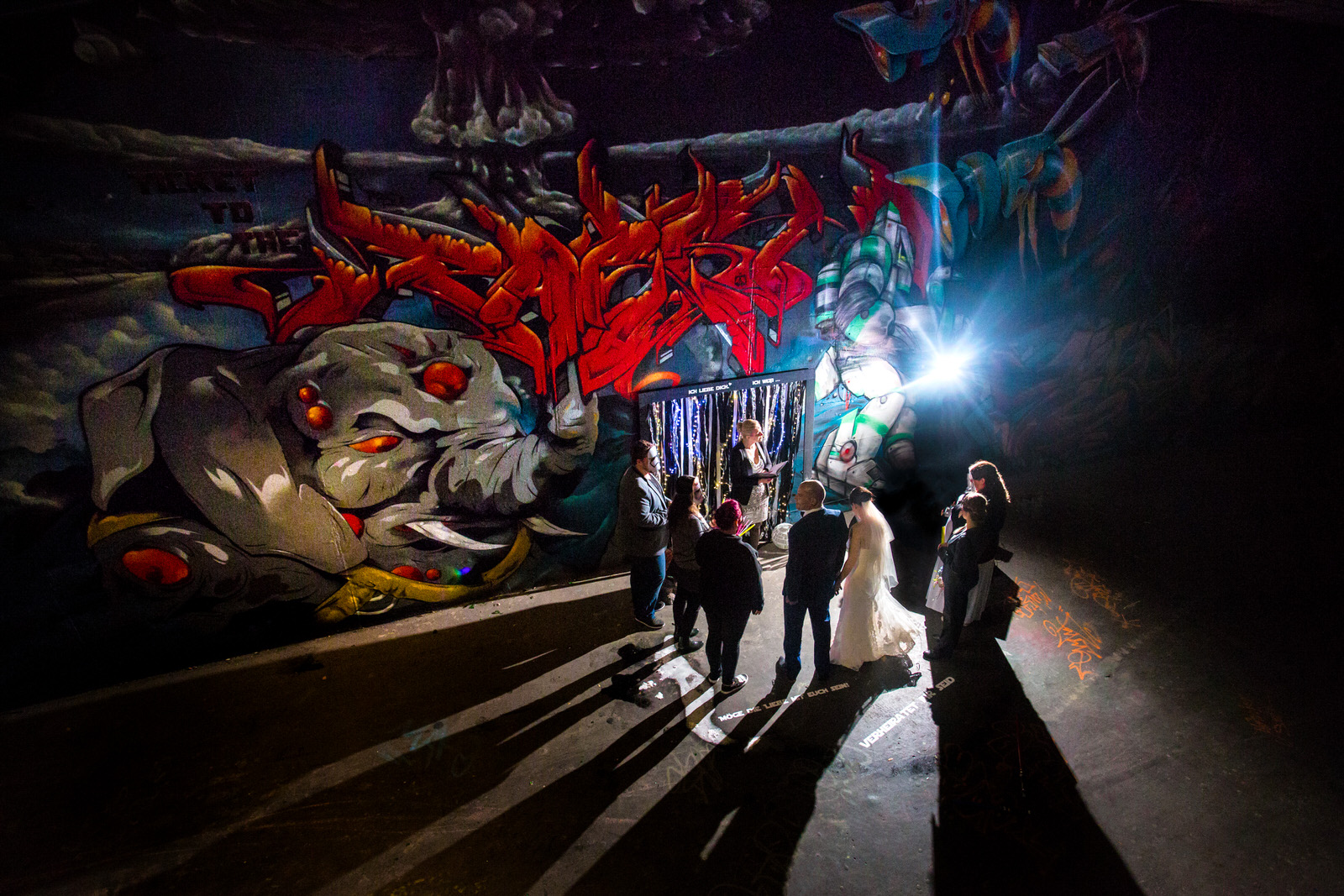 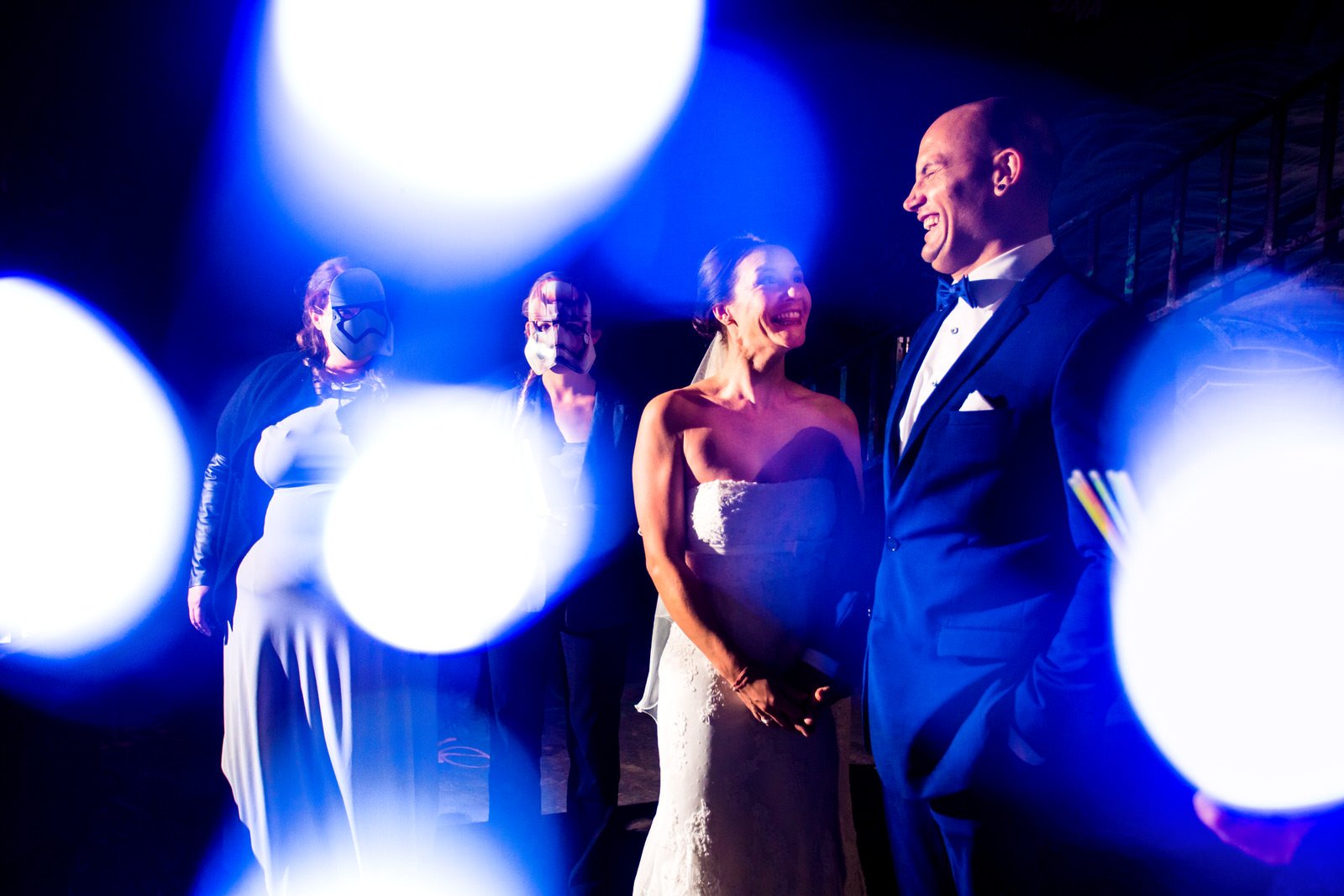 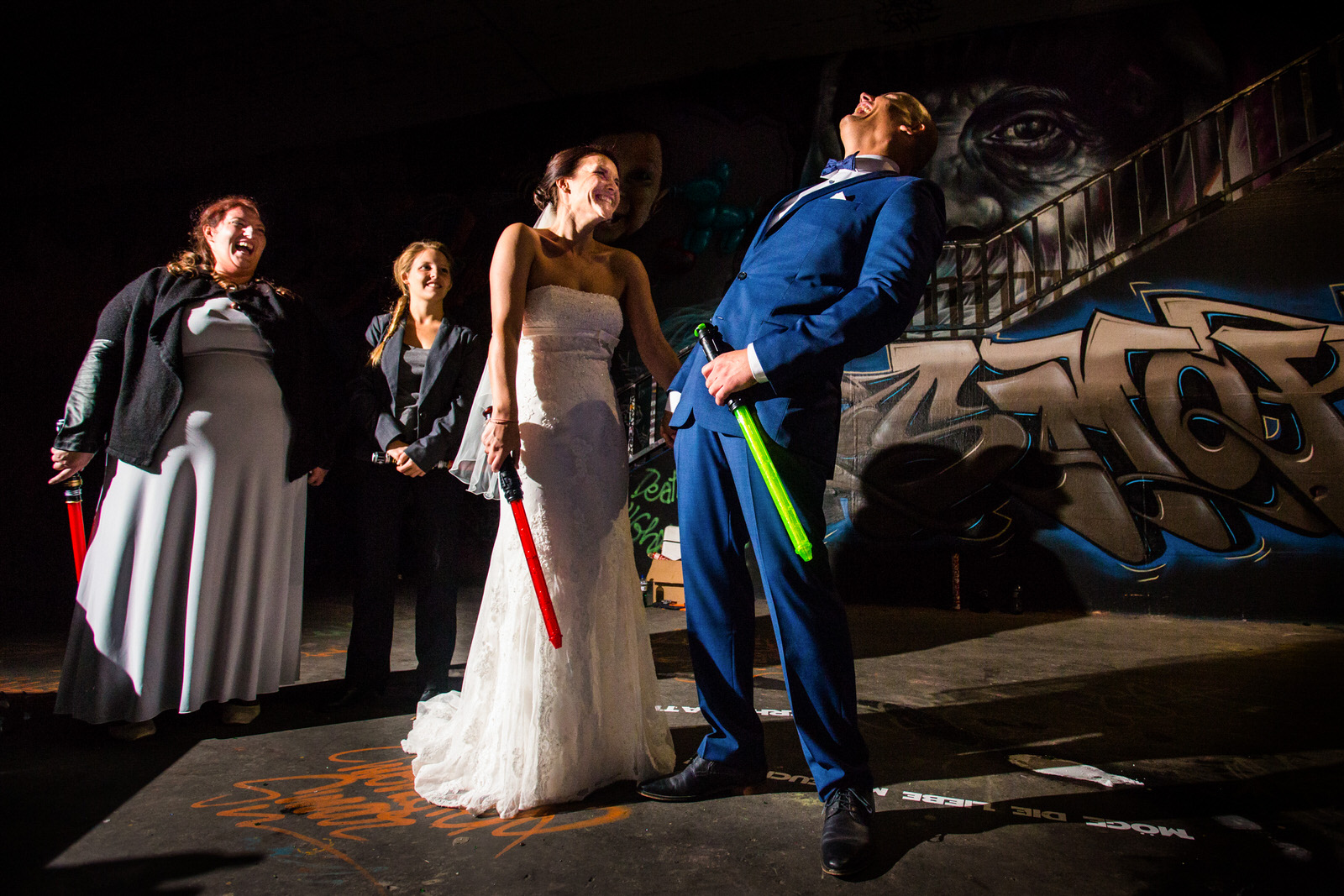 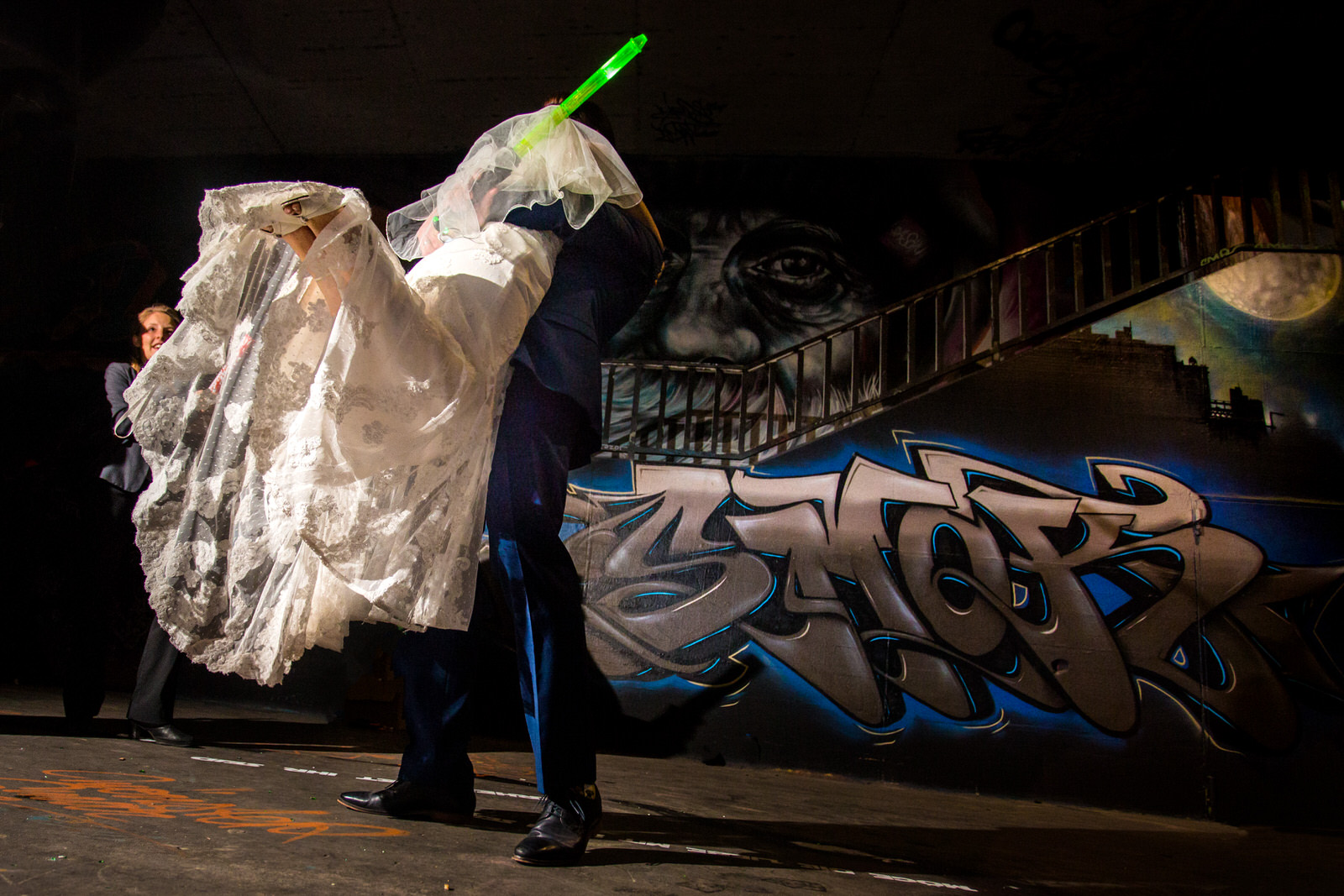 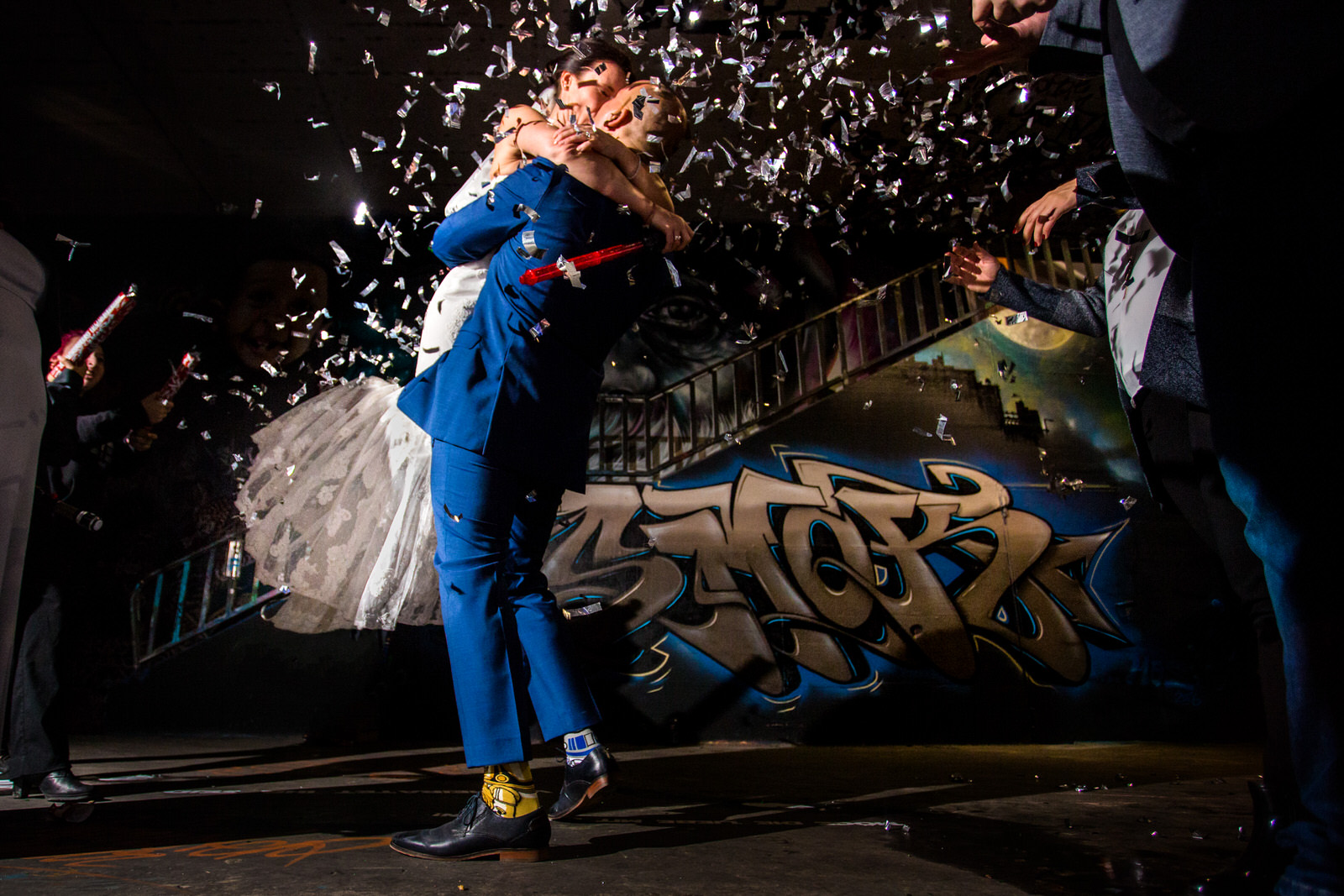 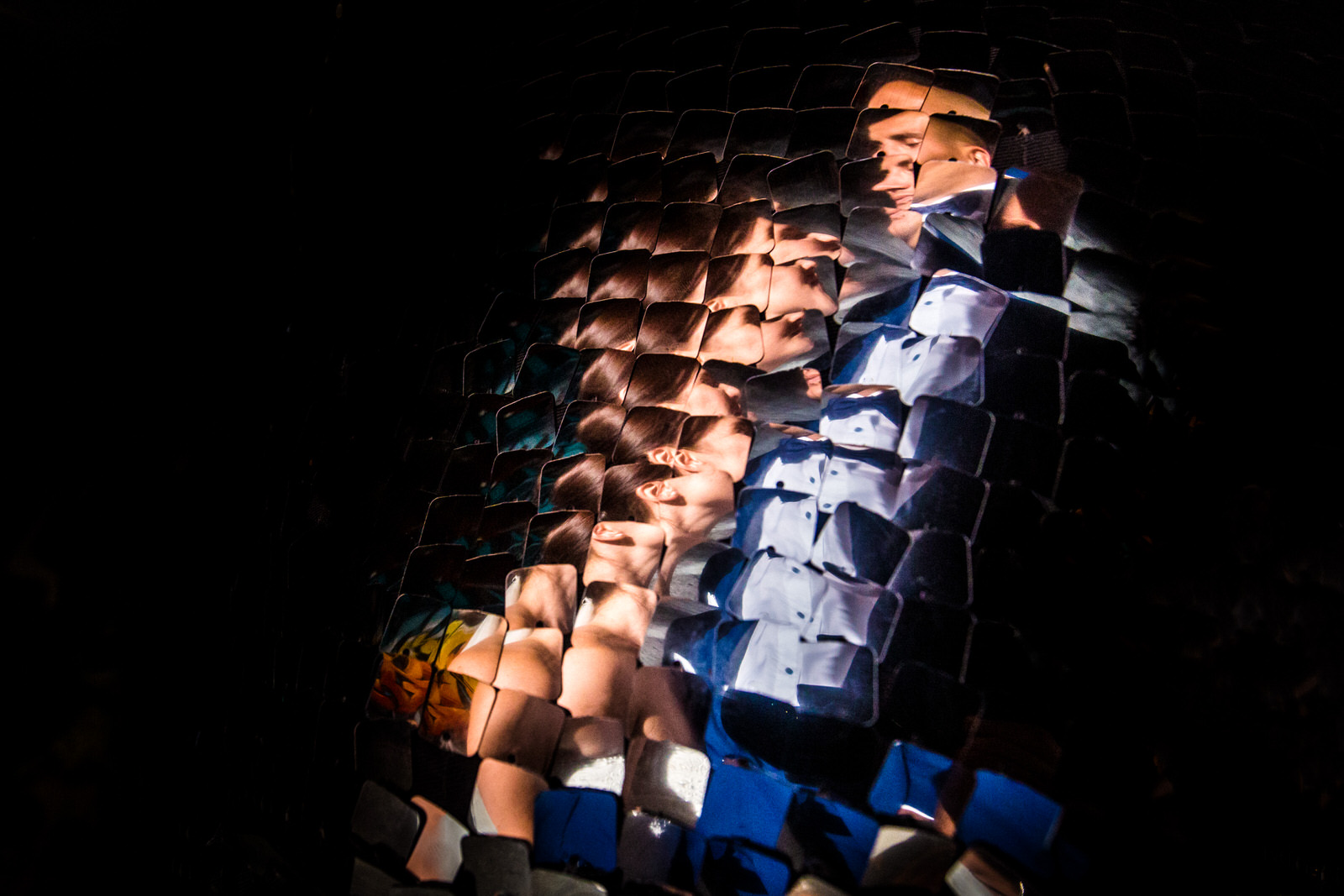